Sheridan debuted in 1984's Paper Dolls, but her breakthrough came in 1986, when she joined the cast of the CBS night-time soap Knots Landing as "Paige Matheson". She started out as a recurring role, but proved to be so popular that she was a regular during the 1988-89 season. For her performance in the role, she won the 1990 Soap Opera Digest Award for "Outstanding Lead Actress: Prime Time" and the 1991 Soap Opera Digest Award for "Outstanding Heroine: Prime Time". The same year, she was named one of People Magazine's "50 Most Beautiful People." After the series ended in 1993, she appeared in several made-for-TV movies and the films Spy Hard and Beverly Hills Ninja and auditioned for the role of Grace Adler on Will & Grace (on which she would later guest-star).

In 2004, Sheridan's role as sexy divorcee Edie Britt in ABC's Desperate Housewives brought her renewed media attention. She was nominated for a 2005 Golden Globe Award for Best Supporting Actress and was named #48 on Maxim's 2006 Hot 100 List. Less positively, she was named 2004's "worst dressed" by Mr. Blackwell and faced media speculation that she had undergone extensive plastic surgery.[2][3] In May 2007, Nicollette Sheridan expressed her desire to leave the show at the end of the third season to leave Hollywood and take up horse farming. In the third season's finale episode, Sheridan's character hanged herself after a tumultuous relationship with Carlos. While the suicide was highly implied, viewers are unsure if Edie actually died from the stunt.

On November 15, 2004, Sheridan was cited by the FCC for her appearance in a skit that opened the evening's Monday Night Football broadcast. The Desperate Housewives-inspired skit showed Sheridan dropping a towel to attract football player Terrell Owens' attention and was widely condemned as being sexually suggestive.[4] ABC was forced to apologize for airing it but the citation against Sheridan was dropped on March 14, 2005. A week later, World Wrestling Entertainment (WWE) aired an also controversial parody showing WWE Diva Trish Stratus dropping her towel to attract WWE Superstar Shelton Benjamin, but being caught in the act by the company's chairman, Vince McMahon. 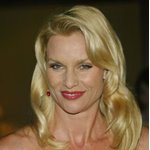 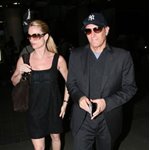 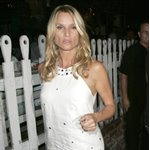 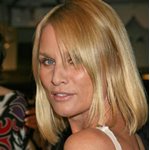 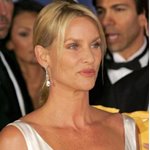 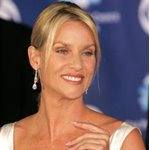 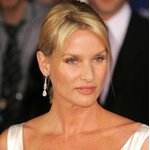 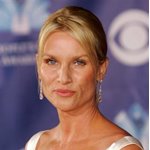 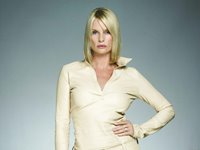 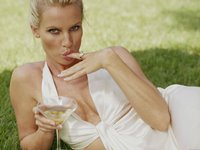 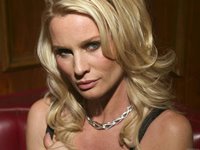 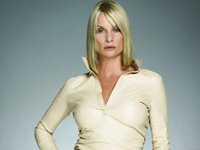 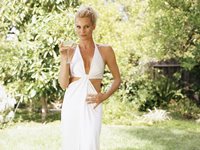 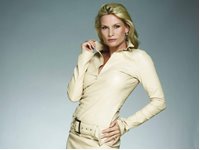 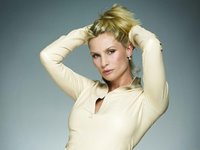 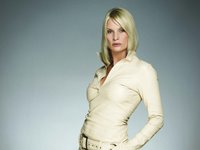 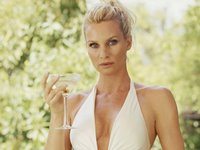