Began performing at the age of eight after his grandfather left him several instruments as a gift, Nick Cannon later founded the San Diego-based rap duo Da Bomb Squad with his best friend Steve Groves. They opened for such superstars as Will Smith, LFO, 98 Degrees and Montell Jordan.

At age sixteen, Cannon moved to Hollywood. There, he landed gigs at world renowned comedy venues including The Improv, The Laugh Factory and the Comedy Store. He soon found himself sharing the stage with the likes of Chris Tucker, Damon Wayons and Chris Rock. Cannon was also a dancer on Soul Train in the 1990s and even did the Soul Train Scramble Board a few times.

Cannon scored his first television gig as a stand-up audience warm-up for the long running cable channel Nickelodeon hit teen sketch comedy-variety show “All That.” He subsequently became a regular, from 1998 to 2000, on the show as well as served as the co-host of Nickelodeon's All That and More Music and More (47 City tour), which featured artists like Bewitched, Blaque, A-teens, LFO, Monica, 98 Degrees and more. Meanwhile, as a songwriter and rapper, Cannon's cover of "Parents Just Don't Understand" (originally recorded by DJ Jazzy Jeff the Fresh Prince) appeared on the soundtrack to the Nickelodeon animated feature Jimmy Neutron: Boy Genius.

The rising teen star slowly transformed into the big screen. He played bit parts in the feature films, the 2000 teen comedy based on the play "Cyrano de Bergerac," Whatever It Takes (starring Marla Sokoloff, Shane West, Jodi Lyn O'Keefe and James Franco), and the 2002 installment of the sci-fi comedy action based on the comic book series by Lowell Cunningham, Men in Black II (starring Will Smith and Tommy Lee Jones). He eventually snagged his first starring role in the 2002 musical drama Drumline. In the dramatic film directed by Charles Stone III, Cannon portrayed Devon Miles, a young Harlem street drummer who enters a historically Black Southern university and tries to lead the school's drum section. His song "I'm Scared of You" was also featured on the soundtrack.

On the small screen, Cannon created “The Nick Cannon Show,” a spin-off of "All That." It aired on Nickelodeon's SNICK block 2002-2003 along with his “All That” co-star Amanda Bynes’ show, “The Amanda Show.” He then returned to the big screen and gained a lot of exposure with the 2003 romantic comedy Love Don't Cost a Thing, which he co-starred with future real-life girlfriend, Christina Milian. In the remake of the 1987 film with the same name, Cannon played a high school loser who pays a cheerleader (Milian) to pose as his girlfriend so he can be considered cool. Cannon also performs with Busta Rhymes, Fat Joe and Chingy for the song "Shorty (Put It on the Floor)" on the soundtrack.

Early December of 2003 saw Cannon released his self-titled debut album on Jive Records. It features the song "Your Pops Don't Like Me" and "Gigolo" (#9 U.S. Rap chart in 2004). The album, in which Cannon collaborated with several big names like R. Kelly, Mary J. Blige and Kanye West, debuted at #83 on the Billboard 200, but it fell off the charts weeks later.

Since 2005, Cannon has been the producer and host of MTV's improv comedy show “Wild 'N Out.” The show, which features actors such as Katt Williams, has been a huge success and ranks among the top shows on cable in ratings. “Wild 'N Out” returned for its third season on August 10, 2006 and ended October 5 of that year.

Recently, Cannon supported an impressive cast of players that included Kim Basinger, Forest Whitaker, Kelsey Grammer and Danny DeVito, in Mark Rydell's gambling drama Even Money. He also provided his voice to the titular hopper in the animated The Adventures of Brer Rabbit, a direct-to-video film inspired by the Uncle Remus stories, and lent his voice for trigger-happy Office Lister in the computer animated suspense film Monster House.

Soon, moviegoers will catch Cannon in the upcoming drama film written and directed by Emilio Estevez, Bobby, a re-telling of the assassination of Senator Robert F. Kennedy at the Ambassador Hotel in 1968. The film, which also features Anthony Hopkins, Demi Moore, Sharon Stone, Lindsay Lohan and Elijah Wood, premiered at the Venice Film Festival, where it received a seven minute standing ovation. It is set for release on November 17, 2006.

Cannon just completed his next film projects, writer-director Adam Bhala Lough's drama Weapons (with Paul Dano, Mark Webber and Riley Smith) and Jaume Collet-Serra's soccer drama Goal! 2: Living the Dream... (with Kuno Becker, Alessandro Nivola, Anna Friel, Stephen Dillane and Santiago Cabrera; Cannon will play a player for the Spanish football team Real Madrid). He will soon finish filming Steve Miner's horror/thriller remake of Day of the Dead, in which he will co-star alongside Ving Rhames, Mena Suvari and Christa Campbell. As for his TV work, Cannon has created a new sketch comedy show called “Short Circitz,” which will debut in 2007.

As a rapper, Cannon’s sophomore album, Stages, is scheduled to release sometime in December, 2006. It contains the singles "Can I Live?" (featuring Anthony Hamilton), "Dime Piece", "It's Your Birthday" and "My Wife." "Can I Live?" is Cannon's thank you song for his mother for giving him life. It's about his young mother who refuses to have an abortion when she found out she was pregnant with him. Tatyana Ali played Cannon's mother in the music video.

More recently, Cannon has announced details of his involvement with clothing line PNB Nation after several months of vague association with the brand. He also serves as the spokesperson and creative director, while the Gurman Twins (Jon and Marvin Gurman) of American Dream Team Network will act as his partners. 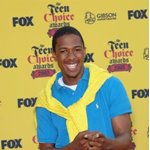 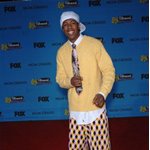 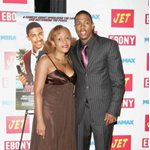 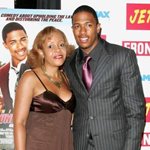 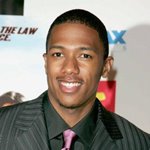 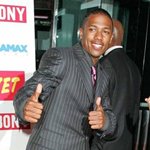 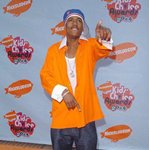 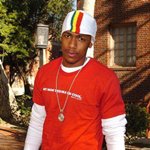