Natalie Wood was born on July 20, 1938, in San Francisco, California, as Natalia Nikolaevna Zakharenko. Her parents were Russian émigrés who spoke barely comprehensible English, but they changed the family name to Gurdin after becoming US citizens. When she was just four years old, Natalie appeared in her first film, Happy Land (1943). A production company had come to Santa Rosa, California, where the Gurdins were living and Natalie won a bit part of a crying little girl who had just dropped her ice cream cone. With stars in her eyes for her daughter, Mrs. Gurdin packed the family and moved south to Los Angeles in the hopes that more films would come her daughter's way. Unfortunately, they did not, at least not at first, and the family continued to scrape by much as they had done in Santa Rosa. In 1946, Natalie tested for a role in Tomorrow Is Forever (1946). She was only seven at the time, and flunked the screen test. Natalie's mother convinced the studio heads to give her another test, and this time she was convincing enough that they gave Natalie the role. In 1947's Miracle on 34th Street (1947), she won the hearts of movie patrons around the country as Susan Walker in a film that is considered a Christmas classic to this day.

Natalie stayed very busy as a child actress, appearing in no less than 18 films in the late 1940s and early 1950s. Not all the films she appeared in were successful -- in fact, two of them were the more notorious duds of the period. In 1948, Natalie appeared in Scudda Hoo! Scudda Hay! (1948), a film best left undeveloped and in the can. The other was The Silver Chalice (1954), a film so awful that years later co-star Paul Newman, who debuted in the film, took out an ad and apologized for the movie when it came to television. When she was 17, Natalie appeared in Rebel Without a Cause (1955) with James Dean, Sal Mineo, and Dennis Hopper. She played Judy, a rebellious high school student who was more concerned with hanging out with the wrong crowd than being a sweet teenager like her contemporaries. The result was her first Academy Award nomination and a defining moment in her development as an adult actress. She appeared in Splendor in the Grass (1961), West Side Story (1961), Gypsy (1962) (1962), and Love with the Proper Stranger (1963).

While Natalie was reported to be unhappy making West Side Story (1961), the film did win Oscars for Best Picture, Best Direction, Best Supporting Actor, and Best Supporting Actress. In short, it was a smash hit. Although she wasn't nominated for an Academy Award in that one, she did receive nominations for her roles in Splendor in the Grass (1961) and Love with the Proper Stranger (1963). Unfortunately, she didn't win for either of them. After This Property Is Condemned (1966), Natalie stayed away from Hollywood for three years to have time for herself and to consider where she was going. When she did return her star quality had not diminished a bit, as evidenced by her playing Carol Sanders in the hit Bob & Carol & Ted & Alice (1969). From that point on, Natalie didn't work as much. She spent most of her time raising her family. She made a few television appearances, but nothing of substance with the exception of the TV mini-series "From Here to Eternity" (1979) (mini).

After making The Last Married Couple in America (1980), Natalie began work on Brainstorm (1983) in 1981 with Christopher Walken. She did not live to see it released. On November 29, 1981, she was sailing on the yacht she shared with her husband, Robert Wagner, and their friend Walken, when Natalie fell in the ocean while trying to board the dinghy tied up alongside the yacht and drowned. She was 43 years old. Natalie had made 56 films for TV and the silver screen, and it's hard to say what she could have done while making her comeback. Brainstorm (1983) was finally released in 1983. 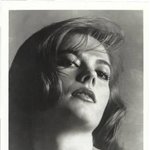 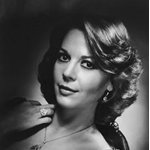 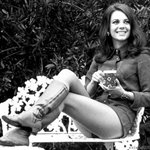 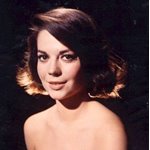 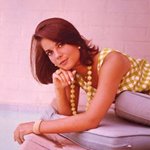 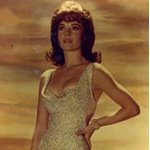 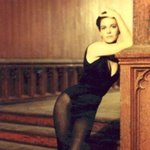 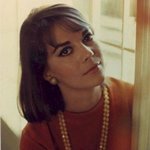