In 2003 her third album, Ya Salam ("How Fantastic") included the song Akhasmak Ah ("I'll taunt you"), which became an enormous hit, as did its provocative music video. Reminiscent of older Arabic films, it features the singer as a cafe manager who dances for and flirts with her customers. Two other singles from the album were shot as music videos: Ya Salam had Ajram playing a 1930s style cabaret performer, while Yay (Sehr Oyoono) ("Oh,the Magic of his Eyes") became a mini-drama with Ajram discovering romance as a demure Beirut hairdresser.

In 2005, Ajram signed a contract for a Coca-Cola endorsement. "Oul Taany Keda" ("Tell Me That Again") from Ah W Noss was used in the commercials, and its video contains Coke product placement.


Nancy Ajram performing in a concert in Chicago on March 25, 2007She was named as the best Arabic singer by the magazine Zahrat el Khalij for both 2003 and 2004. She was also named by the Arabic version of Newsweek as one of the most influential personalities of the Arab world in 2005.

In early 2006, she released a single, Enta Masry ("You're Egyptian"), timed to coincide with Egypt's hosting of the African Cup of Nations football tournament. Its accompanying video is unusual in that the singer does not appear; instead, Egyptians representing the diversity of the country lip-sync the patriotic lyrics of the song.

Yatabtab...Wa Dalla was released in February 2006.The title song's video, again directed by Nadine Labaki, preceded its release; it has a circus theme that is echoed in other videos drawn from the album's songs.

Previously, Ajram has appeared and used the song "Mo'gaba" ("An Admirer") in her latest Coca-Cola commercial. She has been described as "that most effervescent of Arab sex kittens."[1]

"Ehsas Jdeed" is considered the most successful song for Ajram of her Ya Tabtab...Wa Dallaa album. It has been reported that she is currently working on a dual project where she'll be releasing 2 studio albums at once. One will carry her usual style, yet the other will be dedicated for children. A sample from the children's album, titled Chakhbat Chakhabit leaked on the internet, two songs titled "Chakhbat Chakhabeit" and "Agmal Bannouta" are in the sample. The albums are expected to be released this summer, according to her official website the album supposed to be released back on the 4th of May, 2007. 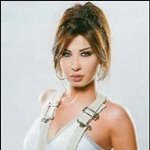 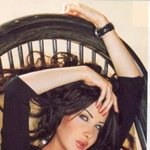 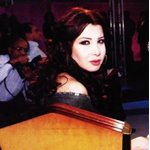