With an authoritative voice, and calm demeanour, this ever popular African American actor has grown into one of the most respected figures in modern US cinema. Born in June 1937 in Memphis, Tennessee, the young Freeman attended Los Angeles Community College before serving several years in the US Air Force as a mechanic between 1955 and 1959. His first dramatic arts exposure was on the stage and he appeared in an off Broadway production of "The Nigger Lovers" and also in an all-African American production of the exuberant musical Hello, Dolly! (1969).

Freeman first appeared on TV screens as several characters including Easy Reader, Mel Mounds, and Count Dracula on the Children's Television Workshop (now Sesame Workshop) show "The Electric Company" (1971). He then moved into feature film with another children's adventure, Who Says I Can't Ride a Rainbow? (1971). Next there was a small role in the thriller Blade (1973); then he played Casca in _Julius Caesar (1979/II) (V)_ and the title role in Coriolanus (1979). Regular work was coming in for the talented Freeman and he appeared in the prison dramas Attica (1980) (TV) and Brubaker (1980), the slow-moving Eyewitness (1981), and portrayed the final 24 hours of slain Malcolm X in _Death of a Prophet (1981)_ .

For most of the 1980s, Freeman continued to contribute decent enough performances in films that fluctuated in their quality. However, he really stood out, scoring an Oscar nomination as a merciless hoodlum in _Street Smart (1987/I)_ , and then he dazzled audiences and pulled a second Oscar nomination as the patient and dignified chauffeur assisting moody pensioner Jessica Tandy in the delightful Driving Miss Daisy (1989). The same year, Freeman teamed up with youthful Matthew Broderick and fiery Denzel Washington in the epic Civil War drama Glory (1989) about freed slaves being recruited to form the first all-African American fighting brigade.

His star continued to rise, and the 1990s kicked off strongly with roles in Robin Hood: Prince of Thieves (1991) and The Power of One (1992). Freeman's next role was as gunman Ned Logan, wooed out of retirement by friend William Munny to avenge several prostitutes in the wild west town of Big Whiskey in Clint Eastwood's de-mythologized western Unforgiven (1992). The film was a critical and box-office smash and scored an acting Oscar for Gene Hackman, a directing Oscar for Eastwood, and the Oscar for best picture.

Freeman's work did not go unnoticed, more strong scripts came in, and he was back behind bars depicting a knowledgeable inmate (and obtaining his third Oscar nomination), befriending falsely accused banker Tim Robbins in the uplifting The Shawshank Redemption (1994). He was then back out hunting a religious serial killer in Se7en (1995), starred alongside Keanu Reeves in Chain Reaction (1996), and was pursuing another serial murderer in Kiss the Girls (1997).

Further praise followed for his role in the slave tale of Amistad (1997), he was a worried US President facing Armageddon from above in Deep Impact (1998), appeared in the loopy Neil LaBute black comedy Nurse Betty (2000), and reprised his role as "Alex Cross" in Along Came a Spider (2001). Now highly popular, he was much in demand with cinema audiences, and he co-starred in the terrorist drama The Sum of All Fears (2002), was a military officer in the Stephen King-inspired Dreamcatcher (2003), gave divine guidance as God to Jim Carrey in the very funny Bruce Almighty (2003), and played a minor role in the uneven comedy The Big Bounce (2004).

However, 2005 was finally to be Morgan Freeman's year, when again he teamed up with good friend Clint Eastwood to appear in the heart-wrenching drama, Million Dollar Baby (2004). Freeman's on-screen performance is simply world-class as ex-prize fighter Eddie "Scrap Iron" Dupris, who works in a run-down boxing gym alongside grizzled trainer Frankie Dunn, as the two work together to hone the skills of never-say-die female boxer Hilary Swank. Freeman received his fourth Oscar nomination and, finally, impressed the Academy's judges enough to win the Best Supporting Actor Oscar for his performance.

In addition to his film work, his commanding yet mellifluous voice has also led Freeman to be cast to narrate or host dozens of first-rate television specials covering topics from the American Civil War, the American Film Institute, blues music, the White House, and many commemorative events involving the US film industry, most recently as the narrator of the American version of Marche de l'empereur, La (2005). 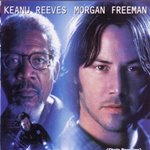 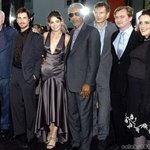 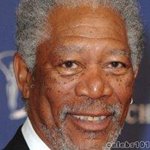 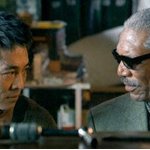 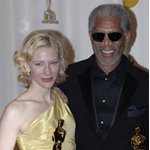 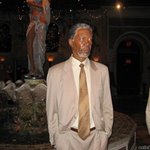 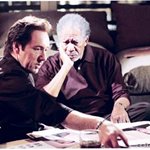 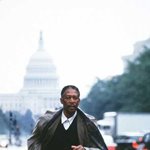 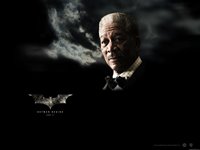