Originally born in Ft. Hood, Texas and raised on a 20 acre ranch in a small town outside of San Antonio called Castroville. Her mother is a professional horse training business and Monica started learning how to help her around the stables, riding and showing ponies and horses since the age of 5. By the time she was 14, she was giving riding lessons and training horses on her own with occasional advice from her mom. Along with volleyball and track in high school, she competed in many events: Western Pleasure, barrels and pole bending, English Pleasure, dressage, and Hunter/Jumper.

After Monica graduated, her love of horses took her to a fine arts college in Fulton, MO, where she studied basics and equestrian science for her first year. Unable to return for further studies in Missouri, Brant took classes at San Antonio College in Texas, and gave riding lessons at nearby stables. She also did promotional work for Budweiser, waitressed, and competed in bikini contests for extra funds.

In 1991, Monica started lifting weights with a friend and saw a photo of Marla Duncan winning a national competition. Her beauty and physique impressed her enough that she wanted to try what she was doing - Fitness Competitions. Up until 1995 she only competed for fun, not as a money making career. In 1994 she was honored with a Muscle & Fitness cover. This helped Monica realize that she had potential to earn some actual money in the fitness industry. She kept competing and in April of '95 moved to the Los Angeles area. Once she arrived, Brant dove into what would become her career and competed in the IFBB organization two to three times per year.

After competing four times, in 1998, she won her first and only Fitness Olympia and made number 45 on covers of magazines, books, and calendars worldwide. Brant says that she had a wonderful time traveling across the country and internationally, and have met some really incredible people everywhere. After placing second twice after her 1998 victory, Monica retired from fitness competition citing the demand on gymnastics in order to win were too great for her.

Monica returned to competition in 2003 with the announcement that figure competition would be part of the sport of bodybuilding. 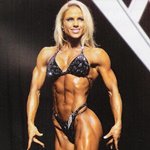 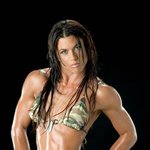 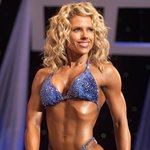 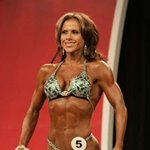 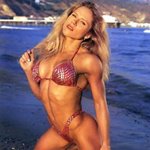 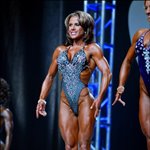