After spending a year commuting to New York City for acting and modeling auditions, Abington, Pennsylvania-born Mike Vogel eventually scored his first acting job playing a recurring role as Dean Peramotti, who dated Lynsey Bartilson's Lily Finnerty character, in the hit Fox/WB sitcom "Grounded for Life." He stayed with the show during its second until fourth season (2001-2004) and appeared in a total of 14 episodes, which prompted him to move to Los Angeles.

The newcomer was also cast as Heath, opposite Erika Christensen, in MTV’s musical, modern-day adaptation of the classic novel by Emily Brontë, ''Wuthering Heights'' (2003), and landed his film debut in the movie ''Grind'' (2003), in which he stars as Eric, one of four young aspiring amateur skateboarders (the other three were played by Adam Brody, Vince Vieluf and Joey Kern.

On filming ''Grind'' (2003), Vogel revealed, ''There are a couple of spots where we fall a few times. A lot of people love watching skate videos just to see the 'Falls' section. Personally, they’re my favorite part of the videos too.''

That same year, Vogel was also cast opposite Jessica Biel in the remake of the 1974 horror film, ''The Texas Chainsaw Massacre,'' which was directed by Marcus Nispel and produced by Michael Bay. In the high profile horror remake, his character Andy is eventually hung by Leatherface on a meat hook in the basement and is finished off when he requests that Erin (Biel) relieve him of his pain.

"There’s a lot of people who would argue that it [The Texas Chainsaw Massacre, 2003] never should have been remade. That it was a classic and it should never have been touched, and I would have agreed with them at one point because it is [a classic]. It opened the door for all of the ‘Friday the 13th’s’ and all the other horror genre films that followed it." Mike Vogel

When his contract with "Grounded for Life" ended in 2005, Vogel appeared as Eric, the soccer star and love interest of Blake Lively's Bridget, in the popular chic flick ''The Sisterhood of the Traveling Pants,'' which was based on Ann Brashares' young-adult novel. He also had a small part, as Kevin Costner's son Blake Burroughs, in the Rob Reiner-directed romantic comedy ''Rumor Has It.'' Also that year, he supported Anne Hathaway and Bijou Phillips in Barbara Kopple's motion picture "Havoc" and co-starred with Steve Howey, as two supercross riders, in the sports film directed by expert stunt director Steve Boyum, "Supercross," in which Vogel's character is a risk-taker and a ladies man who doesn't seem to take things too seriously.

On making "Supercross" (2005), Vogel commented, "We're trying to do something to help the sport, help them go forward with it, and make it look great at the same time.''

The following year, Vogel was cast as Emmy Rossum's boyfriend in the Wolfgang Petersen-directed "Poseidon" (2006; also starring Kurt Russell, Josh Lucas, and Richard Dreyfuss), an Oscar-nominated remake of the 1972 campy disaster flick "The Poseidon Adventure" and the second movie version of the novel by Paul Gallico.

On filming ''Poseidon'' (2006), Vogel recalled, "The most difficult scene for sure was the underwater corridor where we had to swim through the hallway. I have little Jimmy Bennett on my back and a pair of cowboy boots. We had to start training for it actually early on in the movie. When we first started to do it, I could only make it halfway through the corridor, which wouldn't necessarily work. As time went on, just stretching your lungs out and swimming with a lot of weight on my back and practicing, we managed to do it by the end of it all. You don't realize that. You get to a point where like, ‘Yeah, I can do it once. I can do it twice. Eight times? What?’ It gets so hard. It gets to the point where they're literally just waiting down there with air for you because you're not going to make it back up. That was definitely the toughest part of the movie."

Vogel then played a scruffy, British slacker named Danny in the edgy independent comedy by Dean Craig and directed by John Cosgrove, ''Caffeine'' (released in 2006; with Marsha Thomason, Mena Suvari, Breckin Meyer and Katherine Heigl), and played the title role of a man living in Britain who is killed each day by horrifying pursuers, in the horror/thriller film "The Deaths of Ian Stone" (2007).

Vogel has wrapped up a new monster movie called "Cloverfield," produced by J. J. Abrams, directed by Matt Reeves, and written by Drew Goddard. In the film that is slated for a January 18 release in the United States, he teams up with Lizzy Caplan, Jessica Lucas, T.J. Miller, and Michael Stahl-David. He is currently working on an upcoming horror film titled "Open Graves," directed by Álvaro de Armiñán that also stars Eliza Dushku. 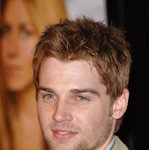 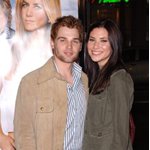 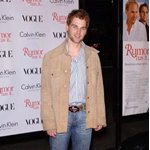 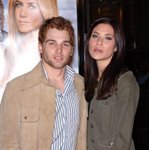 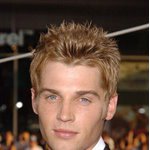