Best known as the drummer of The Monkees, George Michael Dolenz Jr. - aka Micky - has fashioned a long-lasting and diversified career in show business. The son of actor George Dolenz, Micky, with American Indian and Yugoslavian blood in his heritage, took to acting as a boy, earning great success in the 1950s with "Circus Boy" (1956). Though he continued to act with the show's end, he focused more on college studies, his most passionate interest being architecture. He also delved into singing, performing in LA-area clubs with a band called Micky & The One-Nighters as well as with a band called Missing Links; among those who saw Micky in action was Michael Nesmith.

Micky auditioned for "The Monkees" (1966) TV series in 1965, and on the strength of his audition won a role and became the group's designated crazy one. Assigned as a drummer, Micky worked to learn the instrument well enough to bluff his way through filming. He was also initially welcome to the musical guidance of Don Kirshner, but as Michael Nesmith and Peter Tork grew more openly rebellious of the restrictions imposed, Micky, who could be hotheaded, quickly sided with his bandmates, and when the group began touring for real in late 1966 Micky learned drumming to pull off concerts.

It all led to the group's famous break with Kirshner and the resulting creation of the album Headquarters. Though Micky's drumming was called unsteady, in fact outtakes showed that Micky's command of the instrument was quite solid, particularly on the many spontaneous jams Mike, Peter, and Davy Jones performed with the likes of John London. Despite that, though, Micky relinquished drumming to studio pros like "Fast Eddie" Ho for subsequent tracks. It was his superb voice, in any event, that was his greatest asset with the group. Whether in lead or in harmony with the others, Micky's voice made the group all the stronger; he was particularly effective in harmony with Mike Nesmith; "We always had a great combination", he said in 1990, and indeed, few singing tandems, then or now, compare as well as the tandem of Micky Dolenz and Michael Nesmith.

With the eventual break-up of The Monkees, Micky's career floundered for a few years (aggravated by substance abuse), despite good work in cartoon voice-over roles and touring with Davy Jones, Tommy Boyce, and Bobby Hart in the middle of the 1970s. His breakthrough came when he moved to London and began to direct, a trade he first began with The Monkees TV series. Micky stayed in London for many years and honed his directorial skills before returning to the US.

Micky has since toured repeatedly with The Monkees (even to returning to the drums for the full foursome's return LP "Justus"), directed television ads and other films, done additional voice-over work, guest-starred in such TV series as "Mike Hammer" (1984), and even submitted full-color artwork for public witness. He has also seen the wedding of his actress daughter Ami Dolenz in 2002; Micky and his sister Coco Dolenz, a priestess and accomplished singer in her own right, performed at the ceremony with such numbers as a perennial Micky favorite "Bye Bye Blackbird." His autobiography aptly sums up his life in showbiz - he is a survivor. 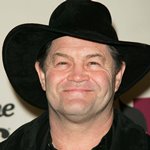 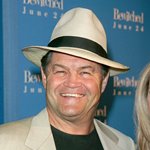 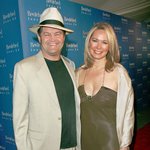 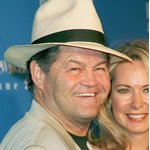 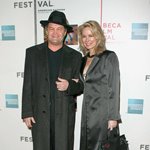 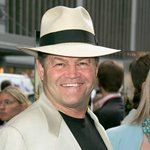