Young Michael Sheen followed in the footsteps of fellow Port Talbot natives Richard Burton and Anthony Hopkins by joining the Royal Academy of Dramatic Art (RADA). For his consistently outstanding performances, the aspiring actor won the coveted Laurence Olivier Bursary in his second year at RADA.

In 1991, while still studying, Sheen landed his stage debut in Martin Sherman's "When She Danced," playing a pivotal role as Alexandros Eliopolos, opposite stage legend Vanessa Redgrave. The theatrical production, directed by Robert Ackerman, was shown at The Globe Theatre in London.

After leaving school early and making his West End debut, Sheen continued to amaze audiences and critics with his intense and passionate performances and was seen as Romeo in the Gregory Herson directed theatrical production of William Shakespeare's "Romeo and Juliet" (1992) at the Manchester Royal Exchange Theatre (followed by a UK Tour), which nominated him for a Manchester Evening Standard News Award for Best Actor, and the titular character in Yukio Ninagawa's 1994 Royal Shakespeare Company's staging of Henric Ibsen’s "Peer Gynt" at the National Theatre Company and Barbican Theatre in London (followed by a tour in Oslo, Norway and Tokyo, Japan). He also garnered praise for portraying Jimmy Porter in Gregory Hersov's staging of John Osborne's "Look Back in Anger" at the Manchester Royal Exchange in 1994 and later reprised the role in a 1999 London revival, the latter of which nominated him for a Laurence Olivier Theatre Award and an Evening Standard Drama Award.

Sheen made his first television appearance as a mentally unstable man in the three-part BBC miniseries "Gallowglass" and guest starred in an episode of the British TV series based on Simenon's books, "Maigret." He also joined the troupe Cheek By Jowl and acted in the 1993 theatrical productions of "Don't Fool With Love," and played Fred in David Leveaux's staging of Harold Pinter's “Moonlight” at the Almeida Theatre, in London.

Sheen landed his first feature film appearance, opposite John Malkovich and Julia Roberts, in Stephen Frears' adaptation of Valerie Martin's 1990 novel, “Mary Reilly” (filmed in 1994; released theatrically in 1996). He followed it up with Oliver Parker's film version of William Shakespeare's classic tragedy, “Othello” (1995; starring Laurence Fishburne, Irene Jacob and Kenneth Branagh). In 1997, he portrayed journalist and art critic Robert Ross in the Brian Gilbert directed “Wilde,” which was based on biographical notes by Richard Ellmann.

In 1996, Sheen made a second appearance in a Pinter play by playing Lenny in Roger Mitchell’s staging of Harold Priner's "The Homecoming" (opposite Lindsay Duncan) and appeared in Andrei Serban's staging of David Lan's “The Ends of the Earth” with the Royal National Theatre. The next year, he collaborated with Helen McCrory and Robert Delamere to create a new writing production company called “Foundry.” That same year, he ran “Thin Language,” a Welsh theatre company co-jointly with Simon Harris. He appeared and directed a production of Harris' play, “Badfinger,” at the Donmar Warehouse, and Trembly's “Forever Yours Mary Lou” in Swansea, Cardiff and London.

Sheen portrayed "Henry V" (1997) in Ron Daniels' staging of William Shakespeare's classic play with the same name, with the Royal Shakespeare Company at Stratford. His performance made him a finalist for that year's Royal National Theatre-Sunday Times, Ian Charleston Award for Best Actor.

After being a subject of the BBC Wales TV documentary "Bright Smoke," Sheen made his Broadway debut in 2000 playing legendary composer Mozart in a revival of Peter Shaffer's 1979 play, "Amadeus." The role later handed him nominations at the Laurence Olivier Theatre Award (for Best Supporting Performance in Play) and Outer Critics Circle Award (for the Outstanding Actor in a Play).

Following his Broadway debut, Sheen began receiving more prominent film roles. He starred as Trench in Shekhar Kapur's cinematic dramatizations of the original 1902 novel by A.E.W. Mason, “The Four Feathers” (2002; opposite Heath Ledger, Wes Bentley and Kate Hudson) and played the lead in Damien O'Donnell's British drama/comedy movie “Heartlands” (2002; opposite Mark Addy). The next year, he landed a major role as Lycan (werewolves) master Lucian, opposite then-girlfriend Kate Beckinsale, in Len Wiseman's action-horror blockbuster, “Underworld” (2003). He later reprised the role in its sequel, “Underworld: Evolution” (2006), in which Sheen's daughter with Beckinsale, Lily, also appeared as the younger version of Beckinsale's character.

Back on the stage, Sheen received raves reviews for his titular performance as "Caligula" in London for which he won the Evening Standard Award and Critics Circle Award for Best Actor and was nominated for the prestigious Olivier Award. The Albert Camus play was directed by David Greig and was staged at the Donmar Warehouse, in London. Sheen recalled, “'Caligula' was fantastic. I had a great time. It’s then that you wish the runs were a bit longer, because when you do something like that you just want to keep going.”

Sheen was nominated for a BAFTA TV Award for Best Actor and an RTS Television Award for Best Actor – Male for his performance in the made-for-television movie “Dirty Filthy Love” (2004; ITV), a romantic comedy in which he starred as an architect whose life was threatened by his increasing obsessive-compulsive disorder and Tourette's syndrome. The next year, he returned to stage to play Remington Gammon in the 2005 production of "The U.N. Inspector" at the National Theatre in London.

Moviegoers saw Sheen co-star with Leonardo DiCaprio, Djimon Hounsou and Jennifer Connelly in Edward Zwick's Academy Award-nominated film, “Blood Diamond” (2006). In the film, Sheen played the supporting role of Simmons. On the issues surrounding the film, Sheen commented, "I don’t think it ('Blood Diamond') in any way tries to put down the diamond industry. I think it tries to just make people aware that they need to be aware of where certain things come from, things that they pay for, things that they buy, where the money goes, and the affect it has on people around the world. If there’s nothing shady about peoples’ business, then they’ve got nothing to worry about, have they?"

Sheen's most recent stage work was starring in a sell-out run of “Frost/Nixon” by Peter Morgan at the Donmar Warehouse. His portrayal of British talk-show host David Frost later earned him a nomination for the Evening Standard Theatre Award for Best Actor. He is currently preparing for its Broadway transfer. It also has been announced that Academy Award winner film director Ron Howard will be directing a film adaptation of the play, with Sheen taking the role of Frost.

Meanwhile, Sheen has completed his next film, “Music Within,” a true story-based drama by director Steven Sawalich that stars Ron Livingston. He will next be seen as Welsh poet Dylan Thomas in Marc Evans' upcoming biopic, “Caitlin,” opposite Miranda Richardson who will play his titular wife. 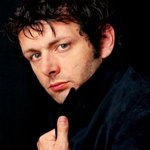 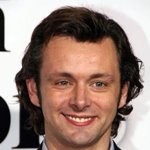 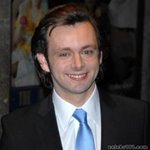 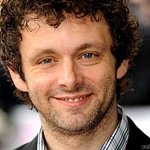 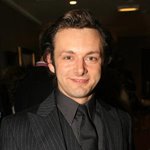 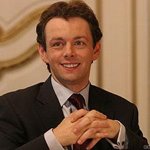 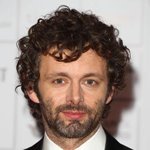 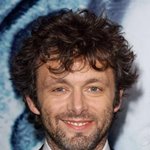