Michael Rosenbaum discovered a love for acting after winning a role in a school play. He went on to play the leads in a number of stage productions while at an university, as well as performed in Summer Stock in North Carolina. Thanks to the turn of Scoop Rosenbaum in “The Heidi Chronicles,” Rosenbaum’s passion for performing deeply increased and led him to the bright lights of New York soon after earning a Bachelor of Arts Degree. In NYC, Rosenbaum found work on several off-Broadway productions and in low budgeted independent films. His first true paying performance came when Rosenbaum was recruited to play a recurring part as the confused Amsterdam kid in a string of comedy sketches named “The Amsterdam Kids,” which aired as part of “The Conan O’Brien Show.” This gig performance paved the way for the newcomer to land better roles.

In 1997, Rosenbaum received his first break as a series regular in the WB sitcom “The Tom Show,” playing Jonathan Summers. Unfortunately, the Tom Arnold starring show was axed after its nineteenth episode. In the meantime, the actor broke into movies with a bit part as George Tucker in the John Cusack and Kevin Spacey starring vehicle Midnight in the Garden of Good and Evil (1997), for director Clint Eastwood. He followed it with the comedy 1999 (1998) and the short movie The Day I Ran Into All My Ex-Boyfriends (1998). Also in 1998, Rosenbaum received his first taste of box office victory with the teen hit thriller Urban Legend, in which he appeared as the everlasting sorority brother and party boy Parker. Directed by Jamie Blanks, the film starred Alicia Witt, Jared Leto, Rebecca Gayheart, Tara Reid and Joshua Jackson.

Returning to the small screen, the confident, dynamic actor with a rapid-fire sense of humor was perfectly cast as Jack Cooper, the arrogant, smart, high school student in the WB coming-of-age comedy “Zoe, Duncan, Jack & Jane” (1999-2000), opposite Selma Blair, but the show was soon cancelled. On his character, Rosenbaum revealed, “I am less stubborn. Jack has to beat everybody. I’m the first to admit I’m wrong; Jack is the last!”

Still on TV, Rosenbaum also tried his hand in voice-over work by lending his vocal talents to several characters on the animated series “Batman Beyond” (1999-2002). Additionally, his voice could be heard as Tom Ravenhearst in an episode of “The Wild Thornberrys” (2000), as Agent West in the WB Kids animated series “The Zeta Project” (2001, opposite actor Diedrich Bader) and as The Flash on the Cartoon Network animated television series “Justice League” (2001-2004).

However, it was Rosenbaum’s starring turn as Lex Luthor in the massively successful WB series “Smallville” (2001-?) that made him a star. Based on the original “Superman” concept, the show follows the life of young Cark Kent and his fight with being a teen and a superhero, as well as displays the forceful beginning of the relationships between Clark Kent, Lana Lang and Lex Luthor. In order to totally play his part, Rosenbaum shaved his head and altered himself into the blemished, well-to-do son and future Superman arch-rival. For his efforts, the actor won both the hearts of audiences and critics alike, and was handed a 2002 Saturn for Best Supporting Actor in a Television Series.

Meanwhile, Rosenbaum also continued acting on the big screen. He played the supporting turn of Brandon in the romance Sweet November (2001, starred Keanu Reeves and Charlize Theron), had a lead as Marcus in the thriller Rave Macbeth (2001), costarred with Barry Watson and Harland Williams as one of a trio of gender-bending college students in Wally Wolodarsky’s comedy Sorority Boys (2002), a vehicle that gave enough space for Rosenbaum to demonstrate his strong sense of physical comedy, and headlined the CineVegas Film Festival-premiered indie Poolhall Junkies (2002), where he starred as musician Danny Doyle. The latter film also cast Christopher Walken, Chazz Palminteri, the late Rod Steiger and Rick Schroeder. With newfound fame, Rosenbaum had an opportunity to share the screen with his comedy idol, Steve Martin, in Bringing Down the House (2003). Also starring Eugene Levy and Queen Latifah, the film saw the actor appear as Todd Gendler, the overconfident and ambitious young attorney who looks to one-up Martin’s character.

In 2005, Rosenbaum was cast for the voice of the thoroughbred-in-training Ruffshodd in the hybrid, live action-animated film Racing Stripes and teamed up with director Wes Craven for the horror/thriller Cursed (had the supporting role of Kyle). He also provided his voice for several animated TV programs such as “Jackie Chan Adventures” (2005), “Teen Titans” (2005, 2006) and “Justice League” (2006, reprised his The Flash role).

34-year-old Rosenbaum is scheduled to work with Sonja Bennett, Lee Brooks and Hugh Dillon for a comedy by Bruce McDonald, Gay Like Me (2006) and play the supporting role of Kip Unger in the Harvey Glazer-helmed Kickin It Old Skool (2006), a comedy which stars Jamie Kennedy and Miguel A. Núñez Jr. 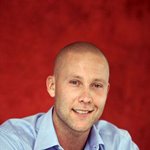 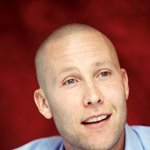 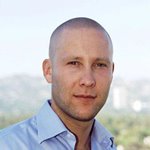 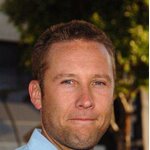 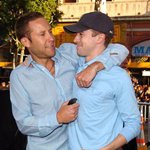