McKean grew up in Manhattan, attended Carnegie Mellon Institute and New York University and spent his summers in such theatre companies as Eugene O'Neill's Playwrights' Conference. He moved to Los Angeles in 1970 where he joined with fellow Tap member Harry Shearer, as well as David L. Lander and the late Richard Beebe in a comedy group called "The Credibility Gap." He, Shearer and Lander were hired as writers on the then up-and-coming show Laverne & Shirley, which led to his role as Lenny, which he occupied for seven years.

Actor, writer and director McKean is well known for his role in Rob Reiner's classic rock comedy This Is Spinal Tap, which he co-wrote with Christopher Guest, Reiner and Harry Shearer. McKean is also memorable to television audiences for his hilarious run as Lenny on the popular Laverne & Shirley series. Additionally, McKean will be seen in three upcoming films, Little Nicky, starring Adam Sandler, Beautiful, starring Minnie Driver and directed by Sally Field and Never Again, starring Jeffrey Tambor and Jill Clayburgh, directed by Eric Schaeffer.

He has also performed widely on television with regular roles on such shows as HBO's Tracey Takes On and Dream On, for which he has also directed numerous episodes, and Saturday Night Live, for which he wrote many sketches. He has appeared on everything from multiple episodes of The X-Files to Friends, Murder She Wrote and Lois And Clark. 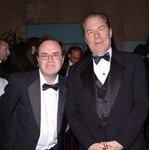 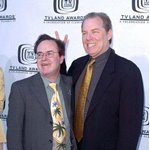 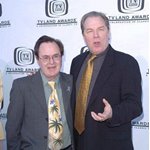 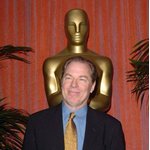 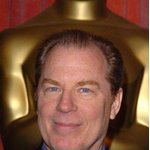