18-year-old Michael Copon of Chesapeake was cast by the Fox Kids Network as Blue Ranger Lucas less than a year after he graduated from Deep Creek High School. He makes his debut on ``Power Rangers Time Force'' Saturday at 8 a.m. on WVBT. ``The future's most ruthless villains including the evil crime boss Ransik go back in time from the year 3000 to 2001. There's a new force strong enough to take them on and bring them back.'' That new force includes Copon and Erin Cahill (Pink Ranger Jen), a former Miss Virginia Pre-Teen from Stafford County. One of the series' executive producers is Shuki Levy, who used to be married to Norfolk's gift to ``Dallas,'' Deborah Shelton. Small world, Hollywood.

Copon can't believe how quickly he advanced from high school senior and defensive end on Deep Creek's football team in 2000 to print model in Los Angeles to Blue Ranger.

``I'm amazed to be here,'' Copon said from Southern California where they're filming the ninth season of ``Power Rangers Time Force.'' Seems like only yesterday when Zordon of Eltar recruited the kids in the Crayola costumes to round up the trash of the cosmos and stuff it into the space dumspter.
That was 1993. ``Power Rangers'' since then has evolved into a franchise worth billions to Fox in merchandising alone. And now the 18-year-old from Deep Creek is part of it, meshing with the Red, Green, Pink and Yellow Rangers.

``I trust in God. I believe that he put me on this path.''
People in Chesapeake say that Mike Copon is a nice kid. Religious. A little shy. Handsome.

``A sharp-looking kid,'' said his football coach at Deep Creek, David Cox. ``I'm not surprised that he's gone this far this fast.''

George Kartis is a local photographer and agent who probably sent Copon on his way when he alerted folks in the Los Angeles modeling mix about Mike's husky good looks. One day, Copon is working for Los Angeles Models and Talent, and the next day he's auditioning to be a Power Ranger.
Kartis says what others say about Copon. ``Mike's a religious, great-looking kid with a very supportive mother.'' That would be Monica Zelasko.

``You get a call back and then another from the casting director,'' Copon said. ``Then you do a screen test. Then you realize that you're competing against 40 other people.''

He competed and won. Isn't that the way they do it in Deep Creek football? Go Hornets! The Power Rangers franchise, imported from Japan where it was called ``Ju Ranger,'' is about five youngsters who morph into action heroes in suits so tight they can hardly breathe in them. It's big on stunts and special effects.

They sent Copon, Cahill and the other new Rangers (Jason Faunt, Kevin Kleinberg and Deborah Estelle Phillips) to a mini boot camp to prepare for confronting evil foes. Copon, who isn't much of a talker, said of being a Power Ranger, ``You have to be pretty athletic to do the fight scenes.''
And what about his character, Blue Ranger Lucas?

``He's smooth and cool and doesn't talk much.''

In this season's fourth episode, Blue Ranger Lucas has much to do, said Copon.
It would be gauche to ask what he's making as an actor working in one of the most-watched series ever created for children's TV. I remember being in Los Angeles in 1993 when the Fox brass introduced what they called a ``goofy, offbeat but colorful'' series.

It was as if they were apologizing for importing the ``Mighty Morphin Power Rangers.'' Who could have guessed that the series would endure?

``The money's good,'' Copon said of playing the Blue Power Ranger. Better than what he earned working weekends at Greenbrier Mall.

At 18, Copon is on the verge of becoming rich and famous in the world of 12-year-olds.
Yahoo! on the Internet has welcomed Copon to celebritydom by posting the MichaelCopon.com Web site complete with pictures from his modeling portfolio. Spiked hair! Bare chest!

Yes, my friends in Deep Creek, Michael Copon is a Power Ranger -- the latest in a line of Blue Rangers that began when Blue Ranger Billy took the controls of his Triceratops dino-zord in an effort to rid the universe of Rita Repulsa, the most evil space witch ever.
``It's like I'm living in a dream,'' he said.

On Fox Kids, Copon is living in the year 3000 and heading backward in time to corral the evil Ransik. He'll need one of those old reliable mega-zords for that. 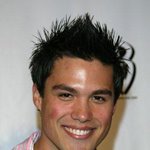 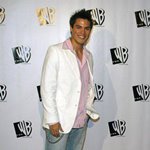