Michael Clarke is a professional Australian cricketer and captain of the Australian cricket team for both Test and ODI cricket. Nicknamed 'Pup', he is a right-handed middle-order batsman, and an occasional left-arm orthodox spin bowler.

He represents New South Wales at a domestic level. In January 2011, Clarke stood down as captain of the Australian Twenty20 cricket team to concentrate on his Test and ODI performance. On 22 November 2012, Clarke scored a double century at the Adelaide Oval, making him the only Test batsman to ever achieve four double centuries in a calendar year. He is known for his partnerships with Mike Hussey. Clarke was chosen to make his Test debut against India at Bangalore, October 2004, despite having a first-class average below 40. He succeeded on debut, scoring 151 and consequently helping Australia to victory, invoking comparisons to past Australian batsmen such as Doug Walters and Mark Waugh. The innings, felt Peter Roebuck, was especially notable for its aggression and freedom. "Not that the assault was reckless," he added. "Indeed the control was impressive. Clarke calculated the risks and took his brains with him down the track. Of course he need [sic] a bit of luck, was plumb in front in the nineties, but few begrudged him his hundred. And everyone except his weary foes celebrated with him and his tearful family when he reached three figures. After all, he had advanced both the match and the game."

Clarke went on to play a major part in Australia's 2–1 series victory, their first in India in over thirty years, contributing figures of 6 for 9 off 6.2 overs in the Fourth Test, which Australia lost. In January 2011, Clarke was named as stand-in captain for the fifth Test of the 2010-11 Ashes Series at the SCG, replacing the injured Ricky Ponting. He announced his retirement from Twenty20 International cricket on 7 January 2011, to concentrate on the longer forms of the game. When Ponting stood down from the captaincy of the Australian Test and ODI sides after the 2011 World Cup, Clarke was appointed as his permanent replacement in both roles. 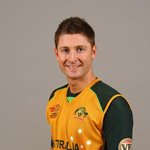 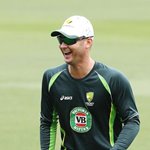 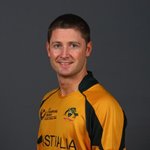 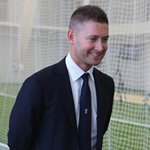 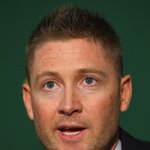 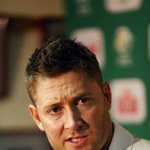 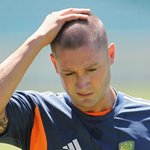 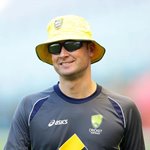 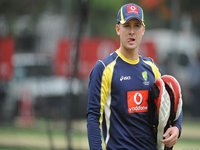 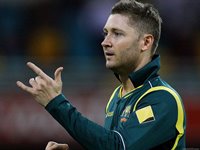