Encouraged to act by his mother, Matthew Goode appeared in a number of his mother’s local productions as a child. He later honed in on his acting skills at the University of Birmingham and then at London’s Webber Douglas Academy of Dramatic Art. He also appeared as the spirit Ariel in a production of William Shakespeare’s “The Tempest” and “Lorca's Blood Wedding.”

Graduating from the London stage, Goode made his on-screen debut in the ABC-TV movie "Confessions of an Ugly Stepsister" (2002), alongside Stockard Channing and Trudie Styler. In the retelling of the Cinderella story through the eyes of one of the ugly stepsisters, based on the 1999 novel of the same name by Gregory Maguire, he portrayed Casper, the painter who becomes Azura Skye’s Iris Fisher’s love interest.

Being asked about how it was moving from stage acting to film, Goode replied, "Weird, because I hoped to be taken under the wings of other actors but it depends on whom you work with. I’ve been lucky. I’ve heard some horror stories where there have been jealousies from older actors. You also hope to have a director who’s being nice to you and explaining things. Hanging out and chatting with older actors is the greatest thing in the world."

Following his on-screen debut, Goode landed the next year’s English/Spanish role as real-life writer Gerald Brenan, an Englishman who spent much of his life and was honored in Spain, in director Fernando Colomo's film adaptation of Brenan's book, Al sur de Granada (2003; a.k.a. South from Granada). The film made its debut at the Cannes Film Festival and was released theatrically in Spain. That same year, Goode starred as the title role’s brother in the BBC's "The Inspector Lynley Mysteries: A Suitable Vengeance," starring Nathaniel Parker.

2004 was Goode’s breakout year with the role of Ben Calder, the love interest of the American President's daughter (played by Mandy Moore) who turns out to be an undercover agent, in Chasing Liberty, a romantic comedy by director Andy Cadiff. Also that year, Goode played the lead role in BBC's period production of Anthony Trollope's 1869 novel, He Knew He Was Right, alongside Laura Fraser and Bill Nighy.

The following year saw Goode playing another prominent role, this time as a wealthy, young playboy named Tom who befriends a successful professional tennis player, played by Jonathan Rhys-Meyers, in writer-director Woody Allen's Oscar nominated film, Match Point (also starring Scarlett Johansson and Emily Mortimer). Commenting on Match Point writer-director Woody Allen, Goode explained, “Sometimes, when you have a really hands-on director like a Michael Bay-type who shouts a lot, it's just so not good for your confidence and what's great about the way he (Allen) works is you don't block your instincts. You have total faith in him. You start to trust yourself as an actor and you come away from it incredibly fulfilled and you totally trust him and that really doesn't happen that much. You come away thinking I'm all right at this.”

Also in that year, Goode co-starred as the groom whose bride (played by Piper Perabo) becomes infatuated with another woman (played by Lena Headey) in writer-director Ol Parker's British romantic comedy film Imagine Me & You. On the small screen, he could be seen in the made-for-TV movies Marple: A Murder Is Announced (starring Geraldine McEwan), an Emmy-nominated TV adaptation of Agatha Christie's novel, and My Family and Other Animals (starring Imelda Staunton), which was inspired by Gerald Durrell's book.

Goode subsequently was cast opposite Diane Kruger and Ed Harris in Copying Beethoven (2006), a dramatic film directed by Agnieszka Holland about the last year of the composer's life. His latest film, The Lookout, a crime/drama/thriller by first-time director Scott Frank, was released on March 30, 2007. In the film that also stars Joseph Gordon-Levitt, Jeff Daniels and Isla Fisher, Goode co-stars as a gang leader who plots a bank robbery.

Currently, Goode is on set filming his upcoming big screen project, Brideshead Revisited. In director Julian Jarrold's film adaptation of a 1945 novel by English writer Evelyn Waugh, Goode will portray the lead role of Captain Charles Ryder. He revealed, “In June, we start working on the feature film Brideshead Revisited, a remake of the 1981 miniseries based on a book by Evelyn Waugh, which is fantastic. It’s what made Jeremy Irons, I suppose, and Anthony Andrews, Diana Quick, John Gielgud and Sir Laurence Olivier. We’re doing the remake, whereas in the television series they had eleven luxurious hours to play it out. We only have two hours and it’s been twenty years, but it’s a great cast and we’ll wait and see, I suppose. Hayley Atwell will play the lead female character Julia Flyte.”

“Yeah, absolutely I want to work. I was hoping to do ‘Glass Menagerie’ for a while. I love that play. Unfortunately I’ve already done that. So I’m trying to get a play with Karen Hines because I love her. She’s a fantastic actor, so yeah, we’re looking for something.” Matthew Goode 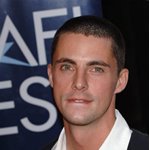 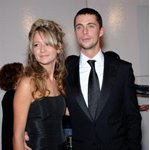 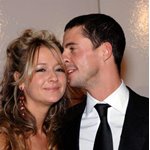 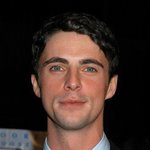 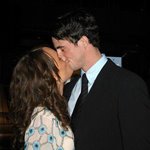 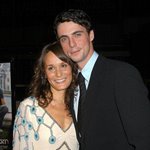