Massive Attack are a British trip hop group, founded in 1988 by Robert Del Naja, Grantley Marshall, and Andrew Vowles in Bristol, England. The trio were together prior to the formation of this band, as part of The Wild Bunch. With the release of their debut album Blue Lines in 1991, Massive Attack were critically acclaimed for their fusion of jazz, hip hop, rock, and soul elements into a style that journalists in the mid-nineties dubbed trip hop. With the release of later albums such as Protection in 1994, Mezzanine in 1998, and 100th Window in 2003 the group integrated a greater degree of electronica into their sound. Over the years, Massive Attack have teamed up with the likes of Madonna,Mos Def and Sinéad O'Connor among many others.

Massive Attack's fourth album, 100th Window, which was recorded without Marshall, was released in early 2003. It entered the Top 10 at Number 1 in the UK. In 2004, Massive Attack, without Grant Marshall, released an instrumental soundtrack for the feature film Danny the Dog, which was produced by Luc Besson. The film's title was changed to Unleashed prior to the American release, though the album was initially released under the original title as it came out months before the film. 2005 saw Neil Davidge and Robert Del Naja contribute another soundtrack, this time for the feature film Bullet Boy. Also in 2006, the band released a greatest hits compilation, Collected. The two-disc set includes selected tracks from their studio albums, some rare singles, and two new tracks. The DVD layer of the second disc also contains all the group’s music videos to date. Massive Attack also returned to the studio to work on material for their next record. Of the three original members, Del Naja and Marshall have returned to record the group’s fifth studio album. Del Naja will be in one studio with producer Neil Davidge, and Marshall will be working from his own studio on the other side of Bristol. On the other side of the Atlantic, their song "Teardrop" was used in North America as the theme to the Fox TV series House, MD. "Teardrop" has lyrics, sung by guest vocalist Elizabeth Fraser of Cocteau Twins; however, the version used in the opening credits uses only the beginning and ending sections, which are instrumental; "Teardrop" is also used in a season 1 episode of Prison Break titled "Tonight," where again only the beginning and ending sections are used.

2007 saw Neil Davidge and Robert Del Naja produce scores for the three films, In Prison My Whole Life, Battle In Seattle and Trouble the Water. In early 2008, Del Naja, with Davidge and Euan Dickinson, composed the track "Herculaneum" for the end credits of Matteo Garrone's film Gomorra. In the summer of 2008, Massive Attack toured with seven new potential songs for their next album and curated Meltdown festival in May. In November 2008, Massive Attack's longtime producer, Neil Davidge finished the soundtrack to Paul McGuigan movie, Push.

During November and December 2008, Robert Del Naja worked on the soundtrack for movie 44 Inch Chest with Bristolian TV/film music production duo, The Insects.

The group are continuing to work on their long-awaited fifth studio album, notionally referred to as 'LP5'.

Over November and December, Del Naja and Marshall worked with Damon Albarn at his studios, with Albarn adding elements to the existing material and starting a few new tracks which may feature on the record.

Currently Massive Attack plan, at least officially, to finish work on 'LP5' and have it mastered by May this year, anticipating an autumn release through EMI, provided that a shorter than traditional 6-month promotional lead-time can be agreed upon, perhaps by way of an internet-only release, as has been rumoured. However, long-time fans of the group will be aware of the notorious number of ignored deadlines over the past few years - the relatively fast release of 'Best Of' Collected in 2006 was, in part, justified by the notion of it ushering in a new studio album just one year later and their curation of the 2008 Meltdown festival was also expected to catalyse the finishing of the record. Taking this into account some fans suspect a release in the next decade as more likely.

The band have been confirmed to headline the 2009 Bestival.Once again, there is an expectation that this event will herald or coincide with "LP5"'s release, or at least some sort of release. 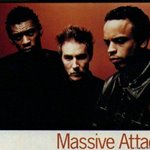 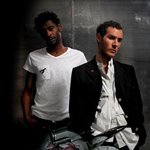 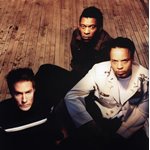 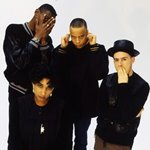