Pierce was introduced to tennis at the age of 10 by her father Jim Pierce. Just two years later, she won the US national 12-and-under junior title. In 1989, she became the youngest American player to make her debut on the professional tour, aged 14 years and 2 months. (This record was broken the following year by Jennifer Capriati.) She quickly gained a reputation for being one of the all-time hardest hitters on the women's circuit.

During her first few years on the tour, Pierce was better known for the behavior of her father, more so than her performances on court. Jim Pierce, who also coached Mary, often shouted abuse at her opponents during matches. On one occasion when he was sitting in the stands, he notoriously screamed, "Mary, kill the bitch!" He was also reportedly often verbally and physically abusive to Mary during practice sessions and after defeats. Jim Pierce was ejected from the French Open in 1993 after he punched a spectator, following which he was banned from all Women's Tennis Association (WTA) Tour events until 1998. The incident also prompted the WTA to pass a new rule (commonly referred to as the "Jim Pierce Rule") which prohibits abusive conduct on the part of players, coaches, and relatives. Mary dropped her father as her coach in 1993 and took out a restraining order against him. A few weeks later, he got into a fight with her bodyguard at a hotel where she was staying. He then sued her claiming that he had been promised 25% of her earnings as a tennis player, and she paid him US$500,000 to drop the suit and to leave her alone. She withdrew from the Wimbledon tournament in 1994 after a British tabloid newspaper threatened to smuggle her father into the grounds.

In 1994, Pierce reached her first Grand Slam final at the French Open. She became first player to reach the championship's fourth round while dropping only two games. She conceded just 10 games during her route to the final, which included a 6-2, 6-2 defeat of World No. 1 Steffi Graf in the semifinals. In the final, Pierce lost 6-4, 6-4 to Arantxa Sánchez Vicario. 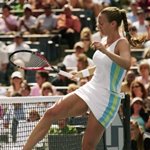 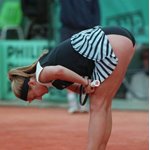 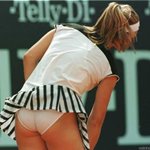 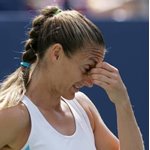 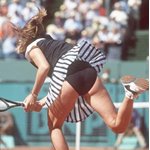 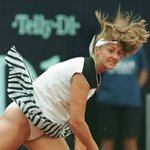 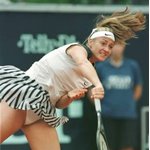 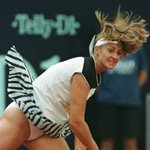