Mark Pellegrino made his entrance to the screen with a guest role as a punk in the detective series “L.A. Law” (1987), which was soon followed by his appearance as Frankenstein in the drama comedy movie Fatal Beauty (1987), starring Whoopi Goldberg. He then had a minor part in the TV movie What Price Victory (1988) and acquired the supporting turn of Allen Patumbo in the horror movie Night Life (1989).

After taking the role of John Reynolds in an episode of “Hunter” (1990), Pellegrino was cast in little seen films like Prayer of the Rollerboys (1991, as Bango) and Playboy’s straight-to-video film Inside Out (1992, as Jack). A year later, he had the small part of Billy Phelps in the sequel Lethal Weapon 3 (1992), which brought him a number of screen roles, such as D. W. Strong in an episode of the drama series “The Hat Squad” (1993), Robert Lee in the spin-off TV film Knight Rider 2010 (1994), Jack in Jeff Goldblum’s TV short comedy Little Surprises (1995) and Nathan Conley in the acclaimed hospital-set series “ER” (1996).

Following his featured role as Dan Oldum in the thriller Macon County Jail (1997) and the blond Treehorn Thug in the Coen Brothers’ The Big Lebowski (1998), Pellegrino earned public notice with his role of Professor Arthur Corvus in the Rowdy Herrington-directed action thriller A Murder of Crows (1999, V). He next took part in the star-studded crime mystery film Drowning Mona (2000, as Murph Calzone), David Lynch’s drama thriller Mullholland Dr. (2001, had the role of Joe Messing) and Christopher Haifley’s Ronnie (2002, costarred as Keith Schwann, opposite Adam Scott).

Pellegrino’s breakthrough arrived in 2005 after he carried out the role of Dick Hickock in Bennett Miller’s biopic Capote (2005). For his fine performance, the actor was nominated for a Screen Actors Guild for Outstanding Performance by a Cast in a Motion Picture. The next year, Pellegrino guest starred in the FBI series “Without a Trace” (2006) and the new war drama series “The Unit” (2006). He recently also appeared as Tom in the comedy film Caffeine (2006), directed by John Cosgrove.

In 2007, Pellegrino will visit the silver screen with the supporting role of Kyle Finch in Joel Schumacher’s mystery thriller project, The Number 23. The upcoming movie will star Jim Carrey, Virginia Madsen and Logan Lerman. 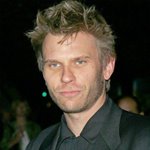 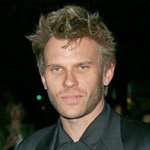