Marillion are a British rock group. Formed in Aylesbury, Buckinghamshire, England in 1979, their recorded studio output comprises fourteen albums and is generally regarded as comprising two distinct eras, delineated by the departure of original vocalist & frontman Fish in late 1988 after their first four albums, and the subsequent arrival of replacement Steve Hogarth ("h") in early 1989. Marillion has now released ten albums thus far with Hogarth.

The core lineup of Steve Rothery (the sole 'pre-Fish' original member), Pete Trewavas, Mark Kelly and Ian Mosley is unchanged since 1984. The band has enjoyed critical and commercial success with a string of UK Top Ten hits spanning their career, an estimated fifteen million total worldwide album sales and even an entry into the Guinness Book of World Records.

The band's music has changed stylistically throughout their career. The band themselves have stated that each new album tends to represent a reaction to the preceding one, and for this reason their output is difficult to 'pigeonhole'. Their original sound (with Fish on vocals) is best described as guitar and keyboard led progressive rock or "neo-prog", and has sometimes been compared with 1970's era Genesis.

Marillion are widely considered within the industry to have been one of the first mainstream acts to have fully recognised and tapped the potential for commercial musicians to interact with their fans via the Internet circa 1996, and are nowadays often characterised as a rock & roll 'Web Cottage Industry'.

The band is also renowned for having an extremely dedicated following with some fans regularly travelling significant distances to attend single gigs, driven in large part by the close fan base involvement which the band cultivate via their website, podcasts, bi-annual conventions and regular fanclub publications. 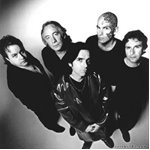 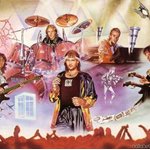 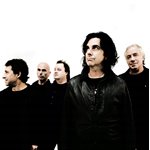 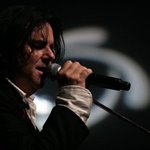