She competed in the RAW Diva Search 2004. Despite not winning the Diva Search [3], she was hired anyway.

Maria was brought on to RAW as a backstage interviewer[4]. She was given a "dumb blonde" / innocent teenager style gimmick (despite being a brunette), playing on mistakes she made in previous weeks. Her first scripted "ditziness" was during an interview of Shawn Michaels when she referred to wrestler Edge as "The Edge". This "dumb" gimmick saw her in many comic skits, most notably during interviews involving WWE Champion John Cena, The Big Show, and Mick Foley. She quickly earned a reputation as the oblivious RAW backstage reporter - Maria seemed to ask the wrong questions, irritating and amusing WWE Superstars and Divas alike. For example, she asked Chris Masters about his nickname, "the Masterpiece" and erroneously called him "the Masturbate". Despite being in WWE for such a short time, Maria had numerous memorable moments, including interviewing Eugene and William Regal after they won the World Tag Team Championships from La Résistance, where an overwhelmed Eugene doused Maria in chocolate milk as part of a post-match celebration.

In 2005, Maria began to get very physical - in, and out, of the ring. She competed in her first official match on the January 10, 2005 edition of RAW. She faced off against Christy Hemme in a Lingerie Pillow Fight, but lost after being hit with a pillow by Lilian Garcia and then tripped by Christy Hemme, who followed by pinning Maria with a bridge[5]. On the October 31, 2005 edition of RAW, Maria competed in a Halloween Costume Contest, dressing as an angel. She received a good pop for her contributions to the contest, but it ended as a no-contest when Victoria and Mickie James got into a fight, and Maria helped the other divas get Vince's Devils out of the ring[6]. She also competed in a Fulfill Your Fantasy Diva Battle Royal at Taboo Tuesday 2005 for the WWE Women's Championship but was the first to be eliminated[7].

On November 14, 2005 Maria competed in a non-title Diva Battle Royal at the Eddie Guerrero tribute RAW show. Maria stood by herself for most of the match, only getting involved when she saw the opportunity to eliminate a competitor, a strategy that proved effective as she eliminated both Jillian Hall and Victoria[8]. On the November 28, 2005 edition of RAW, Maria interviewed then-RAW General Manager Eric Bischoff and asked him whether or not he thought he was going to be fired. He then booked her a match with WWE Superstar Kurt Angle out of spite. Maria was laid out with the Angle Slam, but John Cena came down for the save[9]. On the December 5, 2005 edition of RAW, Maria testified in the trial against Eric Bischoff as General Manager. She first asked Mick Foley to question her with Mr. Socko, before answering, unusually intelligently, "Last week Bischoff abused his power in a way that was both malicious and capricious, and it’s this rash discourse that has led to a locker room of disdain and mutiny, and it should be grounds for his immediate dismissal"[10][11].

On the December 2005 Tribute to the Troops, the RAW Superstars visited Afghanistan to perform for American soldiers. Maria and Candice Michelle defeated Ashley Massaro and Trish Stratus in a Santa's Helper Diva Tag Team Match[12]. 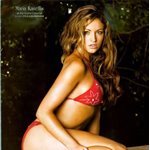 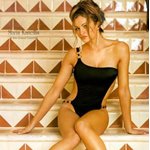 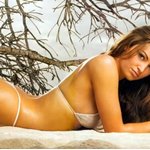 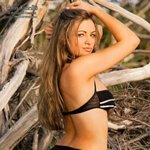 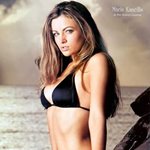 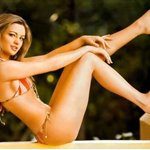 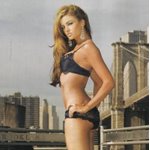