"I was trying to take the word 'lonesome,' which is so depleted and sad, and do something different with it," explains singer-songwriter/actress and Academy Award nominee Mare Winningham of the title track of her new album, Lonesomers (Razor & Tie). "I thought that by making 'Lonesomers' a category of people, a sort of group or fraternity of folks who are alone, I could find some humor in it -- and some hope."

The humor, she notes, comes from the most painful kind of experience. "I've been in relationships for so long, I thought it was funny to say, 'I've got to learn to be alone -- so point me to the nearest group of loners and see if I can fit in.' At the same time, it's about trying to transform my anxiety into something positive, to see a horizon instead of being mired in fear."

Like the rest of the album, "Lonesomers" finds redemption in difficult emotional territory, with melody as well as message. Winningham's sturdily expressive vocals soar over twangy, chiming pop arrangements that straddle the worlds of country, folk and rock; her lyrics, meanwhile, reflect her eternal, soulful optimism.

"My songs aren't really stories," the veteran performer acknowledges. "They seem more like explorations of an emotional take on an event; usually, I suppose, that event is a relationship."

On Lonesomers, Winningham sees intimacy in terms of a road trip ("Miles"), a structure ("This Tower") and other imagery that defines the territory two people create together. In each case, such definition is full of discovery--and, at least potentially, disillusionment. But Winningham's indomitability prevents her material from resting too long in the shadows.

Though she's achieved recognition as a major film actress, she has pursued music since adolescence and has been recording and touring for nearly two decades. "Some record labels looked at me skeptically when I was trying to get a deal," she says. "It was like, 'Why do we need to hear another actor who sings?' But I'm a singer who acts!" This was clear enough to anyone who saw Winningham's performance as the title character in the musical drama Georgia. Portraying a folk singer, she performed two songs live in the film and stunned many longtime fans of her acting with her warm, supple voice.

Winningham was born in Arizona and raised in Northridge, California--which she describes as "aesthetically, kind of the worst possible place in the world, with cinder-block boundaries"--and became a devotee of musical comedy and folk while still a girl. She began writing songs in her teens; to earn the money to attend the arts camp, Idlewyld, she performed on the notorious '70s TV program "The Gong Show." She made her major motion picture debut in Paul Simon's One Trick Pony, later appearing in such films as St. Elmo's Fire, Turner & Hooch, and Wyatt Earp, and won an Emmy for her work on TV's Amber Waves as well as an Emmy nomination for Love Is Never Silent. In between acting jobs, she performed in clubs and coffeehouses, toured and, in 1992, made an album for an ill-fated independent label. That record's glossy, piecemeal production made her yearn for something more immediate.

Winningham hooked up with her current rhythm section, bassist Jill Olson and drummer Melanie DeGiovanni, while on tour with singer-songwriter John Wesley Harding; the two women were Harding's backing band, but they bonded heavily with Winningham. They played around the San Francisco Bay Area, where she now lives, but her efforts to secure a recording deal brought little more than frustration.

"After Georgia, I had hoped something would click. It was easier to book local gigs. That's all I noticed." Winningham remembers. One performance made a believer of producer Saul Davis, whose wife, Carla Olson, was an experienced musician hoping to venture into production. The couple's enthusiasm for Winningham resulted in Olson sitting behind the boards for "Lonesomers." "She was a new pair of ears, and she got great guitar sounds; the band loved her," the singer-songwriter relates. "She had a similar sensibility, and best of all, she encouraged us to record almost entirely live, as we had in Georgia, to preserve the spontaneity of the performances."

In addition to guitar and vocals, Winningham wielded the dulcimer on songs like "Are You Smiling," which she identifies as her homage to Joni Mitchell's album Blue. Her bandmates contributed the rich harmony vocals that were a trademark of their performances. "I wanted this album to reflect what we were doing in our live shows," she insists, "and it does--we recorded the whole thing in a few days."

Though she was prepared to release the album herself, Winningham found that Razor & Tie had not only the requisite enthusiasm for her music but no fear of her acting background. "They saw it as a plus," she marvels. "And that made me excited about using the doors that were already open to me to promote it."

Now, Winningham is ready to step through those doors with her guitar and warm the souls of lonesomers everywhere. Look for Mare in a brand-new film, "Everything That Rises," directed by and co-starring Dennis Quaid, premiering on TNT on Sunday, July 12th, 1998. You'll be seeing Mare all over television touting her movie and performing songs from Lonesomers. 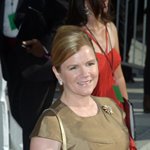 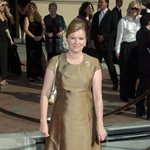 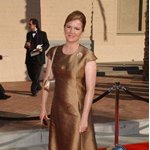 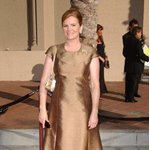 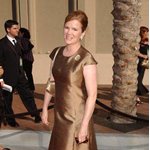 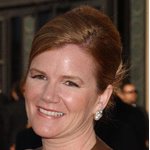 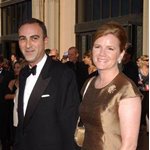