A leading Romanian theater actress, Maia Morgenstern started her stage career with the youth theater (Teatrul Tineretului) in Piatra Neamţ after graduating from the Film and Theatre Academy of Bucharest. She went on to work with the prominent State Jewish Theatre (Teatrul Evreiesc de Stat) from 1988 to 1990 and then with the National Theatre from 1990 to 1998. As of 1998, she becomes a member of Teatrul Bulandra, while also keeps on performing for the State Jewish Theatre and other Bucharest theaters. Morgenstern has won three UNITER awards for her works in “Ancient Trilogy” (1990), “Ghetto” (1993) and “Lola Blau” (1995).

Morgenstern made her feature acting debut in 1983 in “Prea cald pentru luna mai,” which was directed by Maria Callas Dinescu, and has since alternated between stage and film work. Her subsequent film credits include the drama “Chained Justice” (1983), “The Season of Love” (1986), Mircea Muresan's “Maria and the Sea” (1988), where she portrayed the title role, and “Marea sfidare” (1989).

More film roles followed during the 1990s. Morgenstern was handed a Romanian Union of Filmmakers for Best Actress for her work in the 1991 Romanian film “Those Who Pay with Their Lives/Cei care platesc cu viata.” However, she did not experience huge breakthrough until 1992 when director Lucian Pintilie cast her in the lead role of Nela in “Balanta/The Oak Tree” which was shown at the New York Film Festival in October 1992. Adapted from a novel by Ion Baiesu, the drama described Romania before the downfall of Ceausescu through the story of Nela, the daughter of ex-colonel of the Securitate, the Romanian political police, who rejected to become an agent of the Securitate, and was hailed as one of the best films of the 1990s. For her bright performance, the actress picked up Best Actress honors at the Geneva Film Festival, the European Film and the Romanian Union of Filmmakers.

The success of “Balanta” boosted Morgenstern's international status. In 1994, she teamed up with British director Roger Christian for the English-language biopic “Nostradamus,” where she appeared with the Turkey-born Tchéky Karyo, American actress Amanda Plummer and British performer Julia Ormond. The next year, she played Edith Stein in the Hungarian film “The Seventh Room/Siódmy pokój (1995), from which she took home a Elvira Notari Prize-Special Mention from the Venice Film Festival, and costarred with Harvey Keitel in the Theodoros Angelopoulos-directed drama/war “Ulysses' Gaze” (1995). The rest of the decade found roles in such vehicles as “The Man of the Day /Omul zilei” (1997), a mediocre drama about the Romanian change, the Hungarian drama “The Witman Boys” (1998) and the epic drama “Triunghiul mortii” (1999).

Entering the new millennium, Morgenstern played one of the leads, Nonna, in the French-language “Marie, Nonna, la vierge et moi” (2000), directed by Francis Renaud. Later that same year, she was featured as woman at fountain in the American TV special “Dark Prince: The True Story of Dracula,” by director Joe Chapelle. After working in a few more Romanian/Hungarian projects, including the based-on-novel “Bed of Procust” (2001) and the drama “Fool's Song” (2003), Morgenstern enjoyed critical and commercial success in America with the celebrated drama “The Passion of The Christ” (2004), which was nominated for three Academy Awards. Under the direction of Mel Gibson, she won an EMMA for Best Actress for her fine portrayal of Mary, the mother of Jesus (played by James Caviezel).

Morgenstern returned to her Romanian roots after “The Passion of The Christ” by appearing in Sergiu Nicolaescu's “Orient Express” and “Damen tango” (both 2004). She next played Bonne de Bois de Rose for French TV, “Homme pressé, L'” (2005), rejoined Nicolaescu for the outstanding action/drama “15” (2005), was cast as Adina Galupa's mother in the short film “Visuri otravite” (2006) as well as played the stepmother of the titular character in Ioan Carmazan's “Margo” (2006) and Mrs. Mansfeld in “Mansfeld” (2006), which tells the life of Péter Mansfeld, one of the national heroes of Hungary.

The 46-year-old performer will have a supporting role in Adrian Popovici's “Eve” (2008), starring Vanessa Redgrave. She is also set to portray Eszter Somos in the horror/film “The House of Terror” (2008), for director Peter Engert. 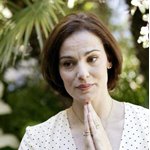 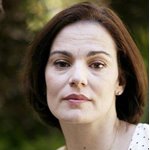 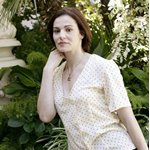 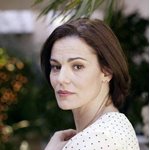 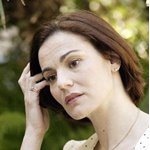 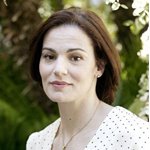 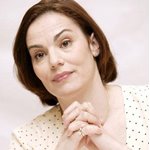 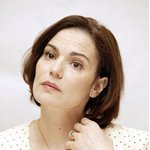