Born into a show business family, Liza Snyder drooped her childhood dream of becoming a professional dancer to become an actress. Receiving formal training from Sanford Meisner at New York's Neighborhood Playhouse School of Theater, she broke into the small screen in a guest starring role in the last season of the short-lived, but acclaimed drama “The Trials of Rosie O'Neill” (1990-1992), starring Sharon Gless. A year later, she began her first regular gig on the police drama “Sirens,” costarring as Off. Molly Whelan. She worked on the show during its two-season run until 1995. Meanwhile, in 1994, she made a guest appearance as Jeannine Bonelli in CBS' “Murder, She Wrote.”

After the cancellation of the well-liked “Sirens,” Snyder found herself supporting Rick Schroder and John Corbett on Gilbert Cates' “Innocent Victims” (1996), a 240-minute miniseries where she was cast as Corbett's wife, and appearing with Patty Duke, Richard Crenna and Ele Keats in the based-on-true-story telepic “Race Against Time: The Search for Sarah” (also 1996). She continued to do guest starring roles on the TV shows “Chicago Hope” (1996), “Beyond Belief: Fact or Fiction” and “Pacific Blue” (1997).

In 1998, Snyder returned to series TV as a regular on the NBC sitcom “Jesse,” costarring with Christina Applegate, Bruno Campos and Eric Lloyd. She played the role of Linda until the show came to an end in 2000. She next assumed the regular role of Christine Hughes on the smash sitcom, “Yes, Dear,” which she had throughout the show's six years run from 2000 to 2006. She also directed a 2005 episode called “Jimmy the Teacher.”

The same month “Yes, Dear” debuted on the CBS, Snyder made her big screen debut in “Pay It Forward” (2000), a comedy/romance directed by Mimi Leder and starring Kevin Spacey, Helen Hunt, Haley Joel Osment and Jay Mohr. The film is based on a book by Catherine Ryan Hyde. Previously, she could be seen as a host on the TV series “Funny Flubs & Screw Ups” (2000). Her next hosting gig was in “Super Bowl's Greatest Commercials II” in 2002.

Snyder made guest appearance in “Hollywood Squares” from 2001 to 2002. In 2007, she starred as William Zabka's girlfriend in No More Kings' music video, “Sweep The Leg.” 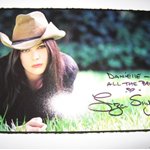