Walter decided to test the water in New York and performed at amateur night contests at some of the noted comedy clubs. In the 1990s, she appeared Off-Broadway as Brandy in the South Street Theatre's production of "Battery" and fronted for The Band on their Jericho Tour.

After five years of stand up comedy, Walter got her first big break in 1995 when Fox Network hired her to star in her own sitcom, the short-lived “My Wildest Dreams,” followed by an ABC sitcom, “Life's Work” (1996-1997; she starred as Lisa Ann Minardi Hunter, the assistant district attorney who has two lovely kids with her basketball coach husband (played by Michael O'Keefe)), which she both co-created.

Meanwhile, she co-starred in co-starred with Whoopi Goldberg and Dennis Farina in director Steve Rash's box office hit basketball movie, "Eddie" (1996), and starred in a failed sitcom called "Late BLoomer" (1997). She spent the rest of the decade guest starring in the UPN sitcom that was based on the ABC sitcom "The Love Boat," "The Love Boat: The Next Wave," and played Dennis Quaid's housekeeper in Nancy Meyers' 1998 remake of the 1961 family film, "The Parent Trap." Adapted from Erich Kästner's novel "Lottie and Lisa" (Das Doppelte Lottchen), the film also stars Natasha Richardson and features then-child actress Lindsay Lohan in her feature film debut.

Entering the new millennium, Walter co-starred on the short-lived NBC sitcom starring the celebrity chef and restaurateur, “Emeril” During this time, she was spotted as a guest in an episode of the HBO sitcom starring "Seinfeld" writer, co-creator, and executive producer Larry David as himself, "Curb Your Enthusiasm," and Lifetime medical drama "Strong Medicine." She also appeared in Max Mitchell's gay-themed drama/comedy film starring Cameron Watson and Anthony Meindl, "Get Your Stuff" (2000), and in Mark Jean's independent comedy called "Early Bird Special" (2001).

After playing a bit part as a bartender in Steven Spielberg-directed science fiction disaster film based on H. G. Wells' original novel starring Dakota Fanning and Tom Cruise, "War of the Worlds" (2005), Walter snagged the title role of an eccentric socialite who is disowned by her millionaire father (played by Kurtwood Smith) and abandoned by her teenage son (played by Mason Gamble), in Mike Miner's comedy movie, "The Trouble with Dee Dee" (2005), which won her Outstanding Actor/Actress (in a Comedy) award at the Dixie Film Festival.

In the following year, Walter added to her resume with roles in the films "Graduation" (2007), a heist movie by Michael Mayer, and "Entry Level" (2007), a drama/comedy by writer/director Douglas Horn in which she co-starred with D.B. Sweeney and Missi Pyle. She also became an instant hit with audiences as one of the judges on the competitive ABC reality show, “The Next Best Thing: Who Is the Greatest Celebrity Impersonator?”

Walter was most recently seen in Steven Brill's comedy film starring Owen Wilson, "Drillbit Taylor," playing the mother of Troy Gentile's high school nerd character. She will soon wrap her upcoming film project with director John Mallory Asher, a horror/thriller film called "Twisted." She will also become one of the contestants of a reality television series that involves celebrities attempting to learn and perform magic, "Celebracadabra," to be aired on VH1 beginning in April 2008. 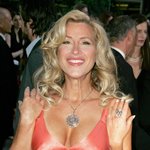 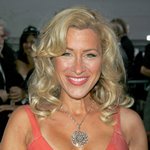 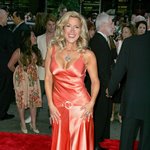 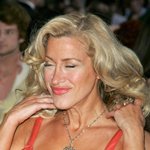