Lindsay Dee Lohan was born in New York City, on 2 July 1986, to Dina Lohan and Michael Lohan. She began her career at age three as a Ford model, and also made appearances in over sixty television commercials, including spots for The Gap, Pizza Hut, Wendy's, and Jell-O (opposite Bill Cosby). Lohan made her acting debut in 1996 as the third actress to play Ali Fowler in the television drama "Another World" (1964). Shortly afterward, she was hand-picked by Oscar-nominated writer Nancy Meyers as estranged twin sisters in an adaptation by Walt Disney Pictures of a novel by Erich Kästner, which marked Meyers' directorial debut. Lohan's first feature film, The Parent Trap (1998), a remake of The Parent Trap (1961), was a modest commercial success, earning her widespread critical acclaim, and a Young Artist award for Best Leading Young Actress in a Feature Film, as well as Blockbuster Entertainment and YoungStar award nominations.

After signing a three-movie contract with Disney, she returned to the small screen to star in the made-for-TV movies Life-Size (2000) (TV) (opposite Tyra Banks) and Get a Clue (2002) (TV) (opposite Bug Hall). She also appeared as Rose in the pilot episode of the short-lived comedy series "Bette" (2000), which starred Bette Midler.

In June 2001, Lohan took a brief hiatus from acting. Her music career was launched over a year later, when Estefan Enterprises made a five-album production deal with her in September 2002, and she signed a recording contract with the reactivated Casablanca Records.

But Lohan was not turning her back on her blossoming acting career. Just over a month previously, she had been cast opposite Jamie Lee Curtis for another Disney adaptation of a novel, this time of a fantasy comedy by Mary Rodgers. Freaky Friday (2003), a remake of Freaky Friday (1976), was a huge hit (generating over US$160 million in worldwide box office receipts), and critics were spellbound by delightful performances from Lohan and Curtis (who went on to receive a Golden Globe nomination for her work). In addition, Lohan won the 2004 MTV Movie Award for Best Breakthrough Female, as well as a Saturn award nomination and another Young Artist award nomination.

Lohan relocated permanently to Los Angeles, California, between projects, and moved into an apartment with fellow actress Raven. She also dated pop star Aaron Carter for a short time.

Lohan's next acting role was the title character in the comedy Confessions of a Teenage Drama Queen (2004), a Disney adaptation of the novel by Dyan Sheldon. The film received scathing reviews upon its release and died a quick death at the box office, but even the harshest of critics were impressed by Lohan's charming turn as aspiring actress Lola.

Lohan's next project, Mean Girls (2004) saw her reunite with Freaky Friday (2003) director Mark Waters. Inspired by a non-fiction book by Rosalind Wiseman and written by "Saturday Night Live" (1975) scribe Tina Fey, the high-school comedy-drama opened to glowing reviews, and grossed $86 million in the US. This earned her status as a bankable actress, and a salary of $7.5 million for the Donald Petrie romantic comedy _Just My Luck (2005)_ . 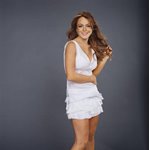 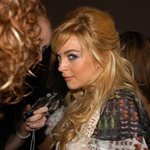 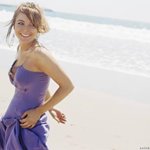 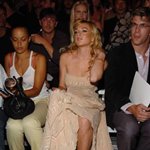 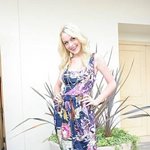 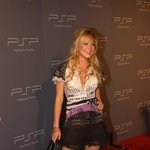 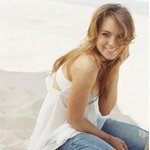 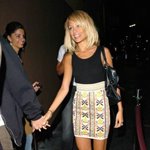 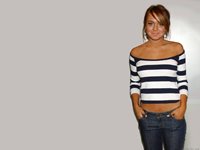 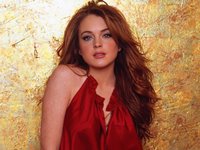 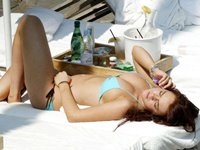 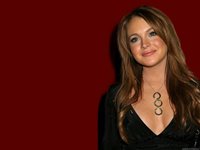 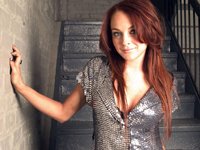 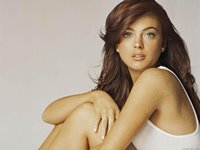 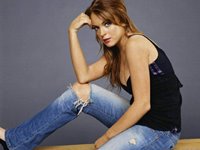 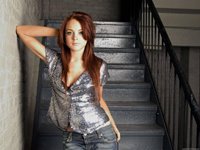 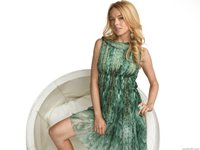