“This is something that has truly fallen into my lap. I can't put restrictions on it and say, 'I have to keep acting for the next fifty years,' as acting doesn't work like that. It could all go away and you could not work for years and years.” Leslie Grossman on acting

Los Angeles native Leslie Grossman had her first taste of showbiz directing high school theater productions in Crossroads School. She did not discover acting until after moving to New York where she was a student at Sarah Lawrence College. Prior to this, she had ambitions of becoming a psychologist or a social worker. Grossman's first professional acting job arrived when she landed a starring role in the theater production of “Cereal!,” playing a character named 90210. The soap opera spoof was so booming that it ran for a whole year off-Broadway. It also made its way to Los Angeles at the Hudson Theater.

Grossman segued to motion pictures two years later with small parts in Don Roos' heralded indie-comedy “The Opposite Sex” (1998), starring Christina Ricci, Martin Donovan and Lisa Kudrow, and the teen comedy “Can't Hardly Wait” (1998), with Jennifer Love Hewitt starring as Amanda Beckett, the dream girl of Preston Meyers (played by Ethan Embry). The same year, she also appeared as Amy in the pilot of UPN sitcom's “Guys Like Us.”

One memorable moment came in 1999 when Grossman won the regular role of Mary Cherry on The WB's comedy/drama teen series “Popular,” opposite Leslie Bibb, Carly Pope, Tamara Mello, Bryce Johnson, Tammy Lynn Michaels and Ron Lester, among others. Before having the part of the spoiled affluent girl penned for her, she auditioned for the roles of Nicole Julian and Sam McPherson. She stayed with the award-winning show until its came to an end in 2001. Meanwhile, in 2000, she found herself making her TV film debut in “Girl Band,” along side Matthew Lawrence and Beverley Mitchell.

Grossman continued to have guest spots in the series “Any Day Now,” “Charmed” (both 2002), and “CSI: Crime Scene Investigation” (2003) before returning to series regular in the comedy series “What I Like About You,” which starred the soon-to-be-good friend Amanda Bynes. She played Lauren in 60 episodes from 2003 to 2006. She resurfaced on the big screen to have a part as Pam in Sandra Bullock's vehicle “Miss Congeniality 2” (2005).

After the demise of “What I Like About You,” Grossman costarred with Jason Bateman, Greg Grunberg, Nikki Cox and Kyle Gass in the sitcom “The Jake Effect,” playing Kimmy Ponder. Slated to premiere in 2003 as a mid-season replacement, the show was canceled by NBC before it even broadcast. The seven-episode made series did not hit airwaves until three years later in 2006 on NBC's Bravo Network. It was also in 2006 that Grossman appeared as Sue in the comedy/drama film “Running with Scissors,” directed by Ryan Murphy and starring Annette Bening, Brian Cox, Joseph Fiennes, Evan Rachel Wood, Alec Baldwin and Joseph Cross, and made guest appearance in an epsidoe of “Help Me Help You.”

The long-haired blonde performer portrayed Misti Lake in the TV film “What News?” (2007), with Chris Dougherty and John Farley, and starred with John Cho in “Up All Night,” a WB comedy television film directed by Scott Silveri. Still in that same year, she had the supporting role of Maude in the excellent comedy film “Itty Bitty Titty Committee,” for director Jamie Babbit, and appeared opposite Shane West and Bijou Phillips in the biopic “What We Do Is Secret,” which premiered at the Los Angeles Film Festival in June 2007 before receiving theatrical release in 2008. More recently, in February 2008, she played Bliss Berger in an episode of the Ryan Murphy-created “Nip/Tuck” called “Lulu Grandiron.” It was her third appearance in the show since 2003. 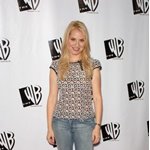 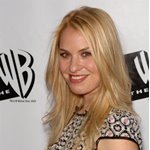 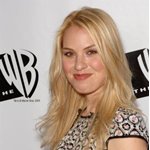 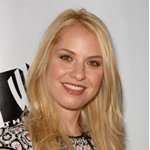