Starting her modeling gigs when she was in high school, Leila Arcieri desired to have a job behind the scenes. After graduation, she packed for San Francisco to try her hand in graphic design and photography, but eventually landed a job as a make-up artist.

The path to fame arrived when she was crowned Miss San Francisco in 1997. She was subsequently handed several modeling and commercial jobs, including work from 1-800-COLLECT and Starburst. Leila also modeled for Boyz II Men music videos.

Two years after her spot as a guest in an episode of the series Mad TV (December of 1997), Leila finally stepped on to the wide screen by appearing in several B-movies. She played a bit part in the drama action Master P's Hot Boyz (1999, starring Gary Busey, Silkk the Shocker and Snoop Dogg). She followed it up by character Pam Washington in Tyler Maddox-Simms' rarely seen Beverly Hood (opposite Chris Albanese) and appearing in Dave Meyers' Foolish (alongside Eddie Griffin and Master P). As for the small screen, Leila guest starred on Rescue 77 and the Howard Stern show.

The portrayal of sexy lifeguard Jamaica St. Croix in the Baywatch spoof, the FX series Son of the Beach (2000-2002), was Leila's breakout role. In the series, written and produced by Tim Stack, Leila was teamed with actors Jaime Bergman, Amy Weber and Roland Kickinger. While working in the series she also played a lead role in Jean-Claude La Marre's 2001 comedy film, Higher Ed. Leila also landed a contract to be the spokesmodel for Coors Lite Beer 2000.

Leila continued to grace the screen in 2005. She costarred with Adrian Grenier in Ron Brown's psychological drama, A Perfect Fit, and with Anthony Anderson in Jeff Byrd's disappointing crime comedy, King's Ransom.

Currently, Leila, who was approached by MTV to be their one-year recurrent VJ, spends most of her time joining auditions for movie roles. Despite the fact that she is building her career, the beauty declines to pose or do nude scenes, as she refers to the acclaimed actress Julia Roberts. 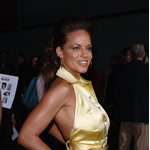 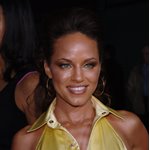 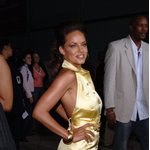