'It was an amazing experience,' enthuses Hertfordshire born Leanne. 'Chicago was filming on one side of us and Phonebooth on the other. We were sandwiched in the middle and it was so exciting. I met some amazing people including Catherine Zeta-Jones and Rene Zellweger.'

Tracker was Leanne's first stab at a long running series and, fortunately, it has taken off and is repeated on various channels in the States - keeping her image fresh in the minds of the Hollywood producers she intends to wow in due course. 'I really want to do film. Whilst it wasn't LA, I learnt so much about the North American film industry while in Toronto. I do visit some great friends I've made and I'd love to work there again.'

Her roles on the British small screen have been slightly more 'girl next door', save for a Muller Rice commercial in which she had to pad along a beach and whip her top off in 2001. She starred in BBC's daytime soap, Doctors, as Candy the receptionist, who took over from Sarah Manner's character. She then appeared in ITV's Night and Day before hot-footing it to the States. She is also friendly with Will Mellor, with whom she starred in the movie version of Is Harry on the Boat in 2000.

Leanne has never swayed from her childhood ambition to be an actress, having danced from the age of three. 'My Mum knew I was going to be an actress the day I came home from school crying because I hadn't got the lead in the school play,' recalls Leanne, who went on to study at Sylvia Young's Theatre School. 'When everyone was out partying, I was fitting in as many productions as I could and in half-term I'd even do the filing in Sylvia's office because I wanted to be there so much.' Such was her dedication that at the tender age of fifteen, she would catch the 97 Green Line to Saturday School in London on her own. 'From a very young age I was in an adult world; I was ahead of my years in that respect.'

She describes her current character, Claire, as 'independent, honest, confident and good at her job. She's determined, outgoing and not only does she say what she thinks, but she also stands by what she believes in. What's more, she loves getting up in the morning for work.'

Leanne was put straight in at the deep end with her first storyline involving Keith, Claire's boyfriend of six years, with whom she breaks up with. 'She's realised she needs more in her life than he can offer. Their life together has got predictable as he wants to settle down. She's not ready so it becomes one-sided,' explains Leanne. Keith wants her back more than anything, 'which is really unattractive,' Leanne interjects. 'He gets more and more serious in his pursuit to the point of being scary. He just won't take no for an answer.' To complicate matters, Keith's Mum, Joan - played by Bad Girls actress Helen Fraser - puts the pressure on since she doesn't want to lose the daughter she'd always wanted, but never had. It is tough for Claire because she is kissing goodbye to the whole package.

Leanne can relate to Claire's dilemma, having been in serious relationships herself that didn't work out. 'I was with a guy for a few years and I had to break it off. You feel really, really guilty and it is hard having been really close friends with someone, to have to do that but when two people don't feel the same way, it's never going to be easy.' Ultimately she asserts, it was the right decision and she discloses that she has been on the receiving end too. She recalls, 'I over-analysed things and just saw what I wanted to see.' Leanne feels Claire has a lot to learn. She's never been hurt in love before and needs to see a bit more of life.

Leanne, however, is now currently happy in love with partner Keith Whallett, a builder whom she met on holiday in Greece. Of him she says, 'I think we might be soulmates. We are really opposites which I think is good. He's so laid back he's practically horizontal, whereas I'm manic, I'm always on the go and I can be quite fiery too. We met over a year ago, but it feels longer because we spend so much time together.' The couple plan to marry in May 2006.

It is hard to believe the pretty blonde has an ounce of aggression in her body but Leanne is a fan of kick boxing in her spare time. She enjoys releasing all the pent-up frustration of the week , but her big love is dancing. Street dancing is her bag and, when time allows, she trains at Pineapple Studios in London. Referring to her tight schedule, she laughs, 'I have to dance round my sitting room to keep in there!'

Leanne has made her folks proud with her latest role. 'I used to go babysitting with my mum and she used to knit while we watched Casualty together. She and my gran are avid watchers.' Like Claire, Leanne is very close to her siblings. She has a younger brother, Matt, who's a cameraman and a tall brunette younger sister, Olivia, who is a model. 'I'm the eldest. They say bossy - I say protective,' says Leanne, the ultimate big sis. 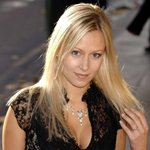 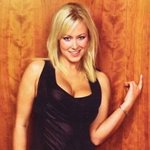 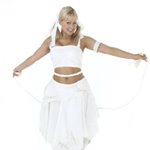 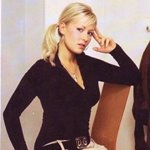 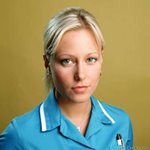 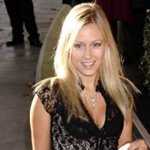 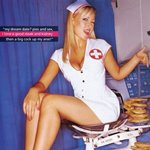 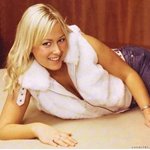