Laurie Holden was born on 17 December 1972 in Los Angeles, California to Larry Holden and Adrienne Ellis. When she was 5, her parents divorced and her mother married director Michael Anderson. Laurie then split her time between L.A. and Toronto, Ontario, Canada. As a teenager, she won the "Look of the Year" modeling pageant in Toronto. After her freshman year at Montreal's McGill University (as an economics major), she transferred to UCLA and completed her BA in theater arts in 1993. She has studied acting under the late 'Robert Reed (I)' (of "The Brady Bunch" (1969) fame). Laurie is perhaps best known for her roles as "Marita Covarrubias" on "The X Files" (1993) and as "Mary Travis" on "The Magnificent Seven" (1998). Laurie is single and lives in Los Angeles when not on location.A dual citizen of Canada and the U.S., Holden's career got of to the kind of start most actors can only dream of. Upon graduating from UCLA , Holden was accepted as part of the National Honor Society and received the "Natalie Wood Award" for Best Actress. She went on to study the classics at The Webber Douglas Academy of Art and honed her craft under the tutelage of Larry Moss at The Larry Moss Acting Studio. It was while performing on stage in "Cat On a Hot Tin Roof", that Holden was discovered by Frank Darabont (The Shawshank Redemption, The Green Mile), who thought she was perfect for the lead in his capra-esque drama "TheMajestic." Laurie's captivating feature film debut starring as Jim Carrey's long lost love in the film was met with critical acclaim by the New York Times and film critics around the world.

Holden has created an arsenal of memorable characters in film, theater and television since she began her career as a child. The stepdaughter of veteran film director, Michael Anderson, Holden traveled the world with her family on various locations growing up and got her first break as Rock Hudson's daughter in Ray Bradbury's "The Martian Chronicles". The young actress who was cast to play Mr. Hudson's daughter suddenly fell through and at the tender age of six and Laurie was thrown in to take over. Not bad for her first acting job. An avid academic, Holden initially looked at acting as a hobby and had plans to pursue a career in investment banking. She attended McGill University where she studied economics but made an unexpected switch to theater at the end of her freshman year. Since then she has worked steadily in original films for HBO and Showtime and co-starred with Vanessa Redgrave in the TNT miniseries "Young Catherine". She gained notoriety playing 'Marita Covarrubias', the U.N informant to Fox Mulder, on the long running hit "The X-Files". And starred as the only female lead opposite Michael Biehn in the remake of the MGM classic "The Magnificent Seven" for CBS. Her episodic work on television is vast and includes a comedic turn in the critically acclaimed "Due South" for which she was nominated for a Gemini Award (a Canadian Emmy). Her memorable roles in such hits as "Fantastic Four" (where she played Michael Chiklis' love interest) and the cult hero Cybil Bennet in Christophe Gans' artistic-horror video game adaption of "Silent Hill" have made her a bit of a pop culture favorite with audiences of all ages. Holden will next be seen as the female lead "on the good side of the aisle" opposite Thomas Jane and Marcia Gay Harden in the Steven King/Frank Darabont classic "The Mist".

Named as one of the top 100 Most Creative People in Hollywood in Entertainment Weekly's It List and One Of Ten Actors To Watch by Variety, Holden is actively producing film,theater and television projects in addition to her acting pursuits. 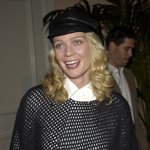 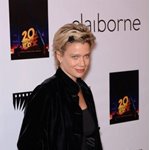 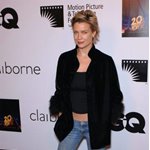 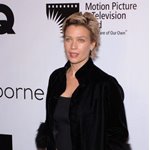 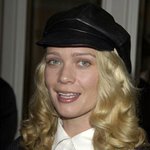