Laura Elizabeth Harris, 30, was born November 20th, 1976 in Vancouver, British Columbia, and raised in Surrey, BC. The daughter of two school teachers, she attended the Crofton House School for Girls, an all-girls Anglican school as a child and graduated in Spring 1995.

A talented actress with a taste for quirky character driven material, Harris began acting in CBC radio dramas and animation series at the age of five in her native Canada.

In 1989, at the age of 12, she got her first major acting gig after answering a cattle call for a new teen soap opera, "Hillside", which was to film in Vancouver. Harris walked off the street with 4000 other kids and was one of fifteen to get a part. The series premiered in 1990 and ran for four seasons (65 episodes), during which it was picked up by Nickelodeon under the new title "Fifteen" and subsequently filmed out of their studios in Florida. Laura appeared as Ashley Frasier, the "Little Miss Perfect" of her freshman class, a role for which she received a Young Artist Award nomination in 1993 for Best Young Actress Starring in a Cable Series.

Following "Fifteen"'s demise in 1993, Harris appeared in numerous television credits, including guesting on such series as "The X-Files", "Outer Limits", "Poltergeist: The Legacy", as well as the tele-movies "Kidnapping in the Family" for ABC, "Murder at My Door" on FOX, "Runaway Girl" on NBC and "For Those Who Hunt the Wounded Down" on CBC. She was also the voice of Bright Eyes on the long running "My Little Pony" series. She made her film debut in 1995's "Best Wishes Mason Chadwick", opposite Taylor Nichols.

In January 2000, Laura and childhood friend Jeff Macpherson formed production company Rocket Chicken International Productions, based in North Vancouver. Their first and only production, completed in 2001, was the independent film "Come Together", written and directed by Macpherson, and produced by and starring Harris. The movie is a dark romantic comedy starring Tygh Runyan ("K-19: The Widowmaker" with Harrison Ford and Liam Neeson, Robert Deniro's "Fifteen Minutes", "Anti-Trust" with Ryan Phillippe, MGM's "Disturbing Behaviour", Mort Ranson's "Touched") and newcomer Eryn Collins. With rave reviews from Variety, Ain't It Cool News, Film Threat etc., "Come Together" marks Harris' producing debut, and appeared as an Official Selection at The New York Independent Film and Video Festival in September 2002, Rhode Island International Film Festival '02, Austin International Film Festival, Cinequest: The San Jose Film Festival, Seoul International Film Festival '02, and as a Special Selection at The Vancouver International Film Festival. Macpherson wrote the screenplay specifically for Laura as a Christmas present. The company sadly didn’t last, although the website is still up and running.

Harris was recently seen in prominent roles in the UK horror film "Severance", as a cancer patient in the Lifetime TV movie "Four Extraordinary Women", a homicidal high school teacher in an episode of "C.S.I.", an alien in one episode of the Sci-Fi Channel's original series "Stargate: Atlantis", and USA's popular sci-fi series "The Dead Zone" as the fiancee of US senator Greg Stillson. She will next appear in the independent film "Ted's *MBA (*Many Brief Affairs)" and in the new ABC series "Women's Murder Club" in 2007.

Before that, Harris appeared in Lifetime's original movie "A Friend Of The Family" -- based on a true story about a woman who fears her neighbor is a dangerous serial killer, two seasons of Showtime's now defunct comedy series, "Dead Like Me", in the role of Grim Reaper Daisy Adair, a 1930's-era actress, who, before meeting her demise on the set of "Gone with the Wind", was better known for her off-screen sexual exploits than for her on-screen performances, and Season 2 of Fox's critically acclaimed, Emmy nominated drama "24", as Marie Warner, a sweet, all American girl-turned terrorist. 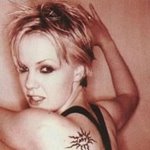 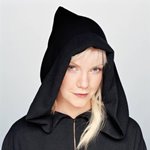 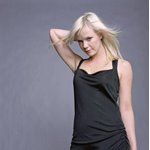