Hailed from Los Angeles, Laraine Newman found early interest in improvisational comedy, which she began to learn at age 15. She joined the Richmond Shepard Mime Troup in the late 1960s before living in Paris for a time in the early 1970s to study with mime artist Marcel Marceau. Upon returning to Los Angeles in 1972, Newman launched her professional career with the celebrated The Groundlings and became one of the improvisational troupe's founding members. While performing with the company, she caught the attention of Lily Tomlin and was invited to appear in one of the Michigan -born beauty's television specials.

Newman continued to work as a regular sketch player on the CBS summer-substitution variety show “Manhattan Transfer” in 1975 and the following year, made her feature acting debut along with a number of fellow improvers in the piece of music “Tunnelvision.” Her next big screen tenure arrived two years later in the ensemble “American Hot Wax” (1978), slackly based on the story of Cleveland disc jockey Alan Freed (portrayed by Tim McIntire). There, she had a striking role as teenage Louise.

However, the frantic-haired beauty did not achieve major prominence until producer Lorne Michael chose her as one of the original cast members of the NBC sketch comedy series “Saturday Night Live” in 1975. For the next five years, Newman created many characters like alien daughter Laarta, The Valley Girl and Connie Conehead and impersonated such public figures as Barbra Streisand, First Lady Rosalyn Carter and Indira Gandhi. Though her parts always earned good response, it was reportedly due to her intense timidity that prevented the comediane from being the show's female lead. In 1979, she jointly nabbed an Emmy nomination for Outstanding Comedy-Variety or Music Program.

After leaving the ground-breaking show in 1980, Newman tried to rebuild her film career. She took on an uncredited part as film executive in the Woody Allen comedy/drama “Stardust Memories” (1980) and costarring roles in Gary Weis' “Wholly Moses” (1980, opposite Dudley Moore) and “We're All Devo” (1983, with Timothy Leary). She then supported John Travolta and Jamie Lee Curtis as a spa patron carving for love in the James Bridges drama/romance “Perfect” (1985) and played daffy mom in the horror/sci-fi “Invaders from Mars” (1986), which was her last film in the 1980s. In the meantime, on the small screen, Newman could be seen making guest appearances in “Laverne & Shirley” and NBC's “St. Elsewhere” (both 1982), debuting on TV film in “Her Life As a Man” (1984) and doing voice overs in the short/animation “The Coneheads” (1983), along side “SNL” castmates Dan Aykroyd and Jane Curtin, and the movie “Sesame Street Presents: Follow that Bird” (1985). She was also hired to host the syndicated TV anthology “Canned Film Festival” (1986), and spent the reminder of the decade having episodic roles in Shelley Duvall's “Faerie Tale Theatre” (1987), Steven Spielberg's “Amazing Stories” (1987) and “Monsters” (1988).

Newman appeared in front of the camera as Wendy in the 2000 episode “The Group” of “Curb Your Enthusiasm,” Officer Laraine Elkin on two episodes of “According to Jim”(2003-2004) and Rosina Glass in eight episodes of “7th Heaven” (2002-2004). More recently, she played Mrs. Van Stone on the made-for-TV film “Van Stone: Tour of Duty” (2006), directed by Troy Miller, appeared as Lyla in an episode of the drama series “Brothers & Sisters” (2006) and was cast along side Clancy Brown and Stephanie Niznik on the drama film “The Twenty” (2007). 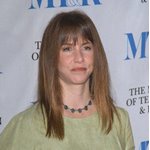 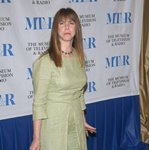 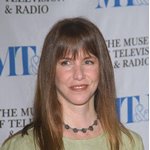 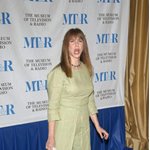 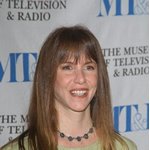