An intense, versatile actor as adept at playing clean-cut FBI agents as he is playing psychotic motorcycle-gang leaders, who can go from portraying soulless, murderous vampires to burned-out, world-weary homicide detectives, Lance Henriksen has starred in a variety of films that have allowed him to stretch his talents just about as far as an actor could possibly hope. One of his latest projects was AVP: Alien vs. Predator (2004), directed by Paul W.S. Anderson. He also appeared in the TNT original movie Evel Knievel (2004) (TV), directed by John Badham and executive produced by Mel Gibson. Henriksen portrayed "Awful Knoffel" in this project based on the life of the famed daredevil, played by George Eads. Henriksen starred for three seasons (1996-1999) on "Millennium" (1996/I), Fox-TV's critically acclaimed series created by Chris Carter ("The X Files" (1993)). His performance as "Frank Black", a retired FBI agent who has the ability to get inside the minds of killers, landed him three consecutive Golden Globe nominations for "Best Performance by a Lead Actor in a Drama Series" and a People's Choice Award nomination for "Favorite New TV Male Star". FOX Home Entertainment has just released the first season of "Millennium" on DVD.

Born in New York, Henriksen studied at the Actors Studio and began his career off-Broadway in Eugene O'Neill's "Three Plays of the Sea." One of his first film appearances was as an FBI agent in Sidney Lumet's Dog Day Afternoon (1975), followed by Lumet's Network (1976) and Prince of the City (1981). He then appeared in Steven Spielberg's Close Encounters of the Third Kind (1977) with Richard Dreyfuss and François Truffaut, Damien: Omen II (1978) and in Philip Kaufman's The Right Stuff (1983), in which he played Mercury astronaut Capt. Wally Schirra.

James Cameron cast Henriksen in his first directorial effort, Piranha Part Two: The Spawning (1981), then used him in The Terminator (1984), and cast him as the android Bishop in the sci-fi classic Aliens (1986). Director Sam Raimi, who used Henriksen in his quirky western The Quick and the Dead (1995) opposite Russell Crowe, Sharon Stone and Gene Hackman, says, "Lance is a brilliant performer who goes way beyond acting. He becomes his character completely, leaving no trace of his former self and making something of every moment on screen."

He was nominated for a Golden Satellite Award for his portrayal of Abraham Lincoln in the TNT original film The Day Lincoln Was Shot (1998) (TV) and had starring roles in PBS' Emmy-winning The Dark End of the Street (1981) and HBO's "Tales from the Crypt" (1989). Henriksen also played actor Charles Bronson in the television movie Reason for Living: The Jill Ireland Story (1991) (TV).

In addition to his abilities as an actor, Henriksen is an accomplished painter and potter. His talent as a ceramist has enabled him to create some of the most unusual ceramic artworks available on the art market today. He resides in Southern California with his wife Jane and their five-year-old daughter Sage. 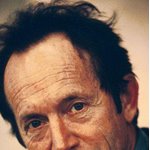 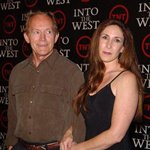