Joining choirs as the initial step in his musical career, 12-year-old Lance Bass acquired a position in the Mississippi Show Stoppers, a choral group supported by the Mississippi Agriculture and Forestry Museum. In 1995, his powerful voice was spotted by the vocal coach of Justin Timberlake and J.C. Chasez, who was looking for a person to be the last member of their band, ‘N Sync. Bass replaced Jason Watkins, the former bass singer of the band. Alongside Justin Timberlake, J.C. Chasez, Chris Kirkpatrick and Joey Fatone, Bass soon began his international music career.

With ‘N Sync, Bass had his first taste of fame in the mid 90s. In 1998, the boy band made their way back to the U.S. from Europe and released their self-titled American debut album. Spawning the hits “I Want You Back,” “God Must Have Spent a Little More Time on You” and “Tearing Up My Heart,” the album became an American and European hit. The same year, ‘N Sync followed their success with a holiday album titled Home for Christmas. In 1999, Bass and the rest of the band made guest appearances in such series as “Sabrina, the Teenage Witch,” “Clueless” and “Touched by an Angel.”

After moving from BMG Entertainment to Jive Records, ‘N Sync scored an even larger success with their second album, No Strings Attached (2000). The album nabbed a Billboard for Album of the Year and its singles, “Bye, Bye, Bye,” “It’s Gonna Be Me” and “This I Promise You,” won numerous awards including Video Music awards and Teen Choice awards.

Bass then launched his acting career with his appearance as a flight engineer in the silver screen movie Longshot (2000), which was ensued by his guest starring role of Rick Palmer in an episode of the TV series “7th Heaven” (2000). The founder of a production company named Bacon & Eggs LLC (formerly A Happy Place), Bass produced and starred as Kevin, a shy advertising employee searching for his soulmate, in Eric Bross’ romantic comedy On the Line (2001). Still in 2001, Bass and his band released their third album, Celebrity, and received rave reviews from fans and critics. The album won a Grammy for Best Pop Vocal Album and a Teen Choice for Choice Album, while its hit single, “Pop,” netted a Teen Choice for Choice Single and three Video Music awards. Giving an all-out effort on each performance, ‘N Sync also took home two Grammys for Best Pop Collaboration With Vocals and Best Pop Performance By A Duo Or Group With Vocals, an American Music for Best Pop/Rock Band, a Teen Choice for Choice Concert, as well as a People’s Choice, a Blockbuster and a Radio Music for Favorite Music Group.

In 2002, Bass lent his voice to Sephiroth, a character in a popular video game called Kingdom Hearts, where actors Haley Joel Osment, David Gallagher, Billy Zane and David Boreanaz were among the voice talents. On the small screen, Bass continued to make guest appearances in an episode of “The New Tom Green Show” (2003), the animated series “Kim Possible” (2004, as the voice of Robby) and the “Higglytown Heroes” (2004, as the voice of Electrician Hero).

With his production company, Bass produced his second motion picture, Lovewrecked (2005). In the romantic comedy starring Amanda Bynes and Chris Carmack, Bass also played the supporting role of Dan. Bass will serve as the producer of the forthcoming thriller Just This Side of Nowhere (2007), for director Mauro Borrelli. He will also be the co-producer of an untitled Zak Penn project (2007). As for his career with ‘N Sync, Bass and the band reportedly have plans to work on their next album. However, some rumors suggest that if Justin Timberlake quits the group, ‘N Sync will end. 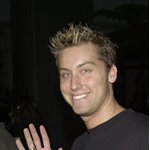 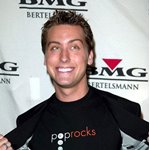 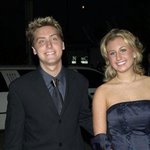 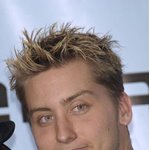 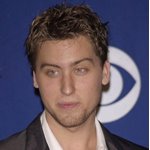 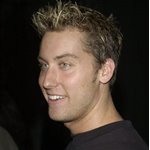 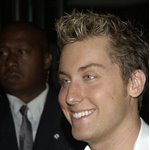 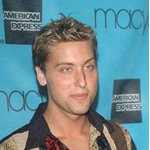