Lainie Kazan kicked off her Broadway career in 1961 with a performance in “The Happiest Girl in the World” and resurfaced the next year in the production of “Bravo Giovanni.” Her big break arrived two years later when she understudied Barbra Streisand on Broadway in the musical comedy “Funny Girl” (1964). She showed her exciting talent in one matinee and one evening performance, and when the star was dropped by a serious throat problem, she got to go on eighteen months into the run. Kazan gained some attention for her performance, and subsequently emerged as the “Chanteuse” of her native New York, with numerous supper clubs tenures across the country and guest appearances on several top variety and talk shows, most notably “The Dean Martin Show” (1966-1968). She also appeared in concert on the syndicated variety special titled “The Lainie Kazan Show” (1968).

Film directors and producers soon recognized her promising talents, and in 1968, Kazan made her feature film debut in “Lady in Cement” (1968), starring Frank Sinatra. She was cast as the leading lady on the crime “Dayton's Devils” (also 1968), opposite Rory Calhoun and Leslie Nielsen, and shot an independent film in 1971 called “Romance of of a Horsethief.” Her films were not successful, so Kazan decided to focus on her singing career for a number of years. Her efforts paid off when in the late 1970s, she successfully opened cabarets “Lainie's Room” and “Lainie's Room East,”at the Los Angeles and New York Playboy Clubs, respectively.

Kazan did not resume her film career until early 1980s. Impressed by her performance at a San Fransisco hotel, director Francis Ford Coppola cast her in a plum role in the drama/romance “One From The Heart” (1982), opposite Frederic Forrest, Teri Garr, Raul Julia and Nastassja Kinski. Although the film was unsuccessful, Kazan's subsequent role won her some attention that guaranteed her ensuing career in the business. She was cast along side Peter O'Toole and Mark Linn-Baker as a classic Jewish mother, Belle, in Richard Benjamin's comedy “My Favorite Year” (1982) and was nominated for a Golden Globe for Best Actress in a Supporting Role for he work in the film.

The rest of the decade saw Kazan in many films, including “Lust in the Dust” (1985, with Tab Hunter and Divine), “The Delta Force” (1986, opposite Chuck Norris), Steven Speilberg's “Harry and the Hendersons” (1987), “Beaches” (1988, played Better Midler's mother) and “Out of the Dark” (1989). In the meantime, she also acted in four TV films, including “Sunset Limousine” (1983) and “Obsessive Love” (1984), and found little victory with two tries at television sitcoms, CBS's “Tough Cookies” (1986, as Rita) and “Karen's Song” (1987, as the friend of Parry Duke). Kazan had better luck with a series of guest shots she done. She received a 1987 Cable ACE nomination for her portrayal of Rose Samuels in several episodes of the drama series “The Paper Chase” (1985-1986) and was outstanding as Frieda Fiscus on three episodes of the NBC hospital drama “St. Elsewhere” (1987-1988), for which she was nominated for a 1988 Emmy for Outstanding Guest Performer in a Drama Series.

The frizzy-haired actress maintained her busy work throughout the 1990s, though most of her film projects were in B-level. Kazan teamed up with Danny Aiello and Anthony LaPagli in the comedy “29th Street” (1991), had a supporting role in the Disney film “The Cemetery Club” (1993), appeared with Whoopi Goldberg in Donald Petrie's “The Associate” (1996), starred with Renee Taylor, Angelina Jolie and Paul Sorvino in “Love is All There Is” (1996), played Jeanne Shulman on the Mark Wahlberg action flick “The Big Hit” (1998) and was cast as Ben Stiller's mother on the biopic “Permanent Midnight” (1998). She made guest appearances in such series as “Beverly Hills, 90210” (1991), HBO's “Tales from the Crypt” (1993), “Murder, She Wrote” (1994), “Life's Work” (1996), “Veronica's Closet” (1997), and from 1995 to 1999, had a recurring role as Aunt Freida on the CBS sitcom “The Nanny.” 1990s also found Kazan returning to the stage. After a decade, she reprised her award-nominating screen role as Belle for the Broadway musical version of “My Favorite Year” (1992) and earned a 1993 Best Actress (Featured Role – Musical) Tony nomination for her work on the production.

“What's Cooking,” a drama/comedy directed by Gurinder Chadha and starring Mercedes Ruehl, Julianna Margulies, Kyra Sedgwick and Alfre Woodard, was Kazan's opening film work in the new millennium. She continued with performances in the films “If You Only Knew” (2000), Disney's “The Crew” (2000, with Burt Reynolds, Richard Dreyfuss and Jennifer Tilly) and in episodes of “Strong Medicine” (2001), “Will & Grace” (2001, as Grace's Aunt Honey) and “Touched by an Angel” (2002). It was in 2002 that Kazan proved she was back on the saddle again when she landed the coveted role of Greek mother Maria Portokalos on the unexpected smash hit comedy “My Big Fat Greek Wedding,” written by and starring Nia Vardalos. The role brought Kazan a Golden Satellite nomination for Best Performance by an Actress in a Supporting Role, Comedy or Musical and a SAG nomination for Outstanding Performance by the Cast of a Theatrical Motion Picture. The following year, she reprised her role for the CBS sitcom spin-off “My Big Fat Greek Life,” which unfortunately, only had a short life.

Kazan next costarred with Virginia Madsen in the Lifetime original movie “Tempted,” appeared with Michael Rapaport, Gary Stretch and Seymour Cassel in the action film “A Good Night to Die” and portrayed the mother of Ben Affleck in “Gigli” (all 2003), from which she netted a Razzie nomination for Worst Supporting Actress. She portrayed grandma in “Red Riding Hood” (2004), a musical retelling of the classic story with modern dialog and original songs, acted along side Olympia Dukakis, Mary Stuart Masterson and Gary Swanson on an independent drama helmed by Pete Masterson, “Whiskey School” (2005), and played Alicia Rosa Anselmi on the TNT film “The Engagement Ring” (2005).

In 2007, Kazan appeared in two episodes of “The King of Queen,” as Ava St. Clair, and had a supporting role in the comedy/family film “Bratz,” starring Logan Browning, Janel Parrish, Nathalia Ramos and Jon Voight. She also played the mother of Leah Remini in the comedy series “In the Motherhood” (2007). Recently, she has completed filming the comedy/romance “Beau Jest” (2008), playing the wife of Seymour Cassel and mother of Robyn Cohen.

In addition to her prolific screen career, Kazan has never neglected her roots as a live performer. She has had sold out engagements in Los Angeles at the Cinegrill and The Catalina Bar and Grill, in NYC at The Regency, Las Vegas and Atlantic City at the Atlantic City Hilton, Harrah's Casino and Resort and Trumps Castle, and the hallowed stages of New York's Rainbow and Stars, Tavern on the Green and the renowned Oak Room at the Algonquin Hotel. Besides, she has played numerous symphonic concerts throughout the years. Some symphonies she has sung with include The Boston Pops, The Palm Beach Pops and The Cleveland Symphony. Kazan produced her new CD, “Lainie Kazan - In The Groove,” along with Clark Germain and award-winning pianist David Benoit. Previously, she had launched an album called “Body and Soul.”

Kazan is scheduled to appear with Jenn Colella, Liz Callaway, Julia Murney, Karen Mason and Tony Yazbeck on “Broadway Backwards 3” that will be held at the American Airlines Theatre on February 4, 2008. The gender-bending concert is directed by co-creator Robert Bartley, with Mark Janas serving as musical director, and all proceeds will benefit the Lesbian, Gay, Bisexual & Transgender (LGBT) Community Center in New York City. 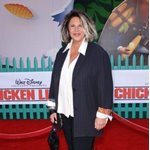 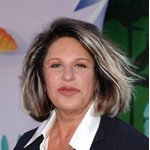 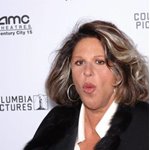 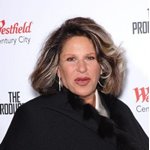 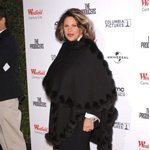