Gaga was born Stefani Joanne Angelina Germanotta in Yonkers, New York, to Joseph Germanotta, an internet entrepreneur and his wife Cynthia, a telecommunications assistant.both of whom are Italian Americans.As a child, she attended the private Catholic school Convent of the Sacred Heart.Having learned piano by ear at the age of four, Gaga went on to write her first piano ballad at 13 and began performing at open mic nights by the age of 14.At the age of seventeen she gained early admission to the New York University's Tisch School of the Arts, where she studied music.She honed her writing skills by composing essays and analytical papers focusing on topics such as art, religion and socio-political order.However, she withdrew from New York University.At age 20, she began working for Interscope Records as a songwriter, penning songs for pop acts such as the Pussycat Dolls. After she moved out of her parents' house,Gaga started performing downtown, in the Lower East Side club scene with bands Mackin Pulsifer and SGBand. Wanting to differentiate herself from the rock and roll typical of the scene, she chose to focus instead on pop music.Speaking to her father's reaction to her drug use and performance in burlesque shows, "He couldn't look at me for a few months...I was in leather thongs, so it was hard for him—he just didn't understand."
Gaga got her stage name when the music producer Rob Fusari compared her vocal style to that of Freddie Mercury, and took the name Gaga from the Queen song, "Radio Ga-Ga". It was Fusari who helped her to write some of her early hits, including "Disco Heaven", "Dirty Ice Cream", and "Beautiful, Dirty, Rich". 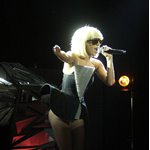 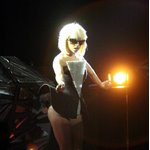 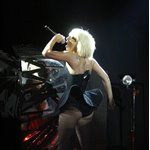 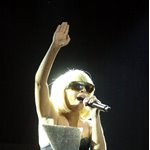 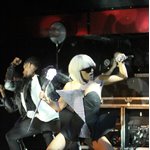 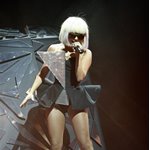 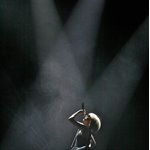 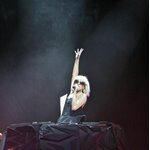 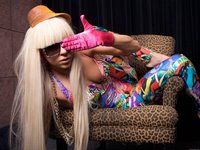 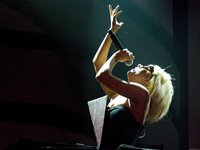 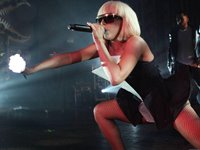 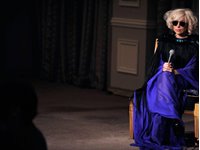 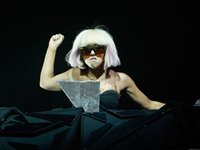 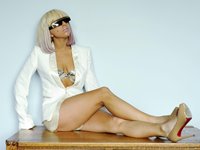 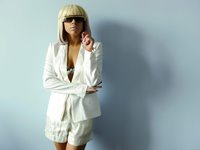 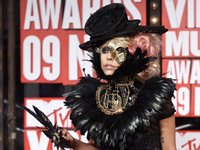 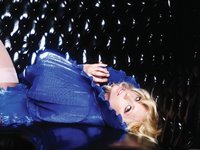