Showing her talent for the arts from an early age, Kimberly Elise had written plays and short stories by the age of seven. At 10 years old, she adapted, directed and acted in a stage version of "Free to Be You and Me." Later, while studying film and acting at the University of Minnesota, she began appearing in television commercials and productions at a community theater company and working as an associate producer for a local public television station. She subsequently moved to Los Angeles to study filmmaking at the American Film Institute, where she made a short film called The Joy of Mama's Recall.

In 1995, Elise was spotted as a guest in an episode of NBC sitcom "In the House." The next year, she landed her debut feature, Set It Off (1996). In F. Gary Gray-directed crime drama, she co-starred with Jada Pinkett Smith, Queen Latifah and Vivica A. Fox, playing Tisean 'T.T.' Williams, the single mother and one of the four close friends who decide to plan and execute a bank robbery. She followed it up with an applauded turn as one of the titular in The Family Channel’s take on Yvonne S. Thornton and Jo Coudert's book, The Ditchdigger's Daughters (1997), opposite Carl Lumbly.

Denver, the surviving daughter of a former slave (played by Oprah Winfrey), in Jonathan Demme's adaptation of Toni Morrison's Pulitzer-Prize-winning 1987 novel, Beloved (1998), was Elise’s breakout role. The role won her Best Actress in a Supporting Role in a Motion Picture - Drama at the Independent Spirit Awards and Most Promising Actress from the Chicago Film Critics Association.

“I’m sure it helped some. She’s a very intelligent woman and has good taste and is very respected and trusted. So it doesn’t hurt (laughing). But Bishop Jakes has a very large following and I think in general there is a very large audience that desires quality films.” Kimberly Elise (on whether having a supporter such as Oprah Winfrey affects the box office).

Despite her brilliant performance in Beloved, it didn’t help to catapult her name toward Hollywood stardom. Instead, she maintained working on several made-for-TV movies, including playing the title role in the sport drama The Loretta Claiborne Story (2000) and as the wife of legendary song-and-dance man, Bojangles (2001; played by Gregory Hines). Meanwhile, on the big screen, she played supporting roles in Antoine Fuqua's 2000 action comedy starring Jamie Foxx, Bait, and in Nick Cassavetes' 2002 drama thriller starring Denzel Washington, John Q (Elise played his wife). TV viewers also could catch her in two episodes of Showtime's popular television drama "Soul Food" and UPN's (now The CW) sitcom "Girlfriends" (she played an HIV-positive woman).

Elise got her second breakthrough in 2004, when she reteamed with Denzel Washington in Jonathan Demme's creatively successful remake of the classic 1962 conspiracy thriller, The Manchurian Candidate (also based on Richard Condon’s 1959 novel with the same name), playing Rosie, an FBI agent assigned to monitor Washington's character. The role earned her a Best Supporting Actress nomination at the Black Reel Awards.

That same year, Elise delivered a powerful turn as Michelle Jordan, an ex-stripper and crack addict-turned-honest-citizen struggling to come to terms with her legacy of abuse, addiction and poverty, in Michael Schultz's acclaimed adaptation of Bishop T.D. Jakes' self-help novel, Woman Thou Art Loosed. The role nominated her an Independent Spirit Award nomination for Best Female Lead and won her a Black Reel award for Best Actress.

“This movie has sexual abuse, drug abuse, domestic abuse, all these difficult subjects in it. Was there any trepidation at all doing a project like this?
Yes, there was. Absolutely. What gave me comfort was knowing that Michael (Schultz) was directing it and Reuben Cannon was producing. I could see from the type of cast that they were trying to pull together that they weren’t trying to do anything that was exploitative in any way, but that they were trying to show the world as it is. And this character’s world as it is. To me, that’s very brave and very honest. If you’re going to tell the story, tell it the way it is. I knew that Michael would not allow anything that was degrading or exploitative to be put on film and that gave me great comfort.” Kimberly Elise (on Woman Thou Art Loosed (2004)).

Next, Elise garnered praise for her considerable screen charisma while playing Helen McCarter, the dumped wife of a rich husband (played by Steve Harris) who had to turn to her wacky family and their pro-Christian ideals after her marriage fails, in Darren Grant's film version of Tyler Perry's play, Diary of a Mad Black Woman (2005).

“I call it a dramedy. It is a woman finding courage to live her own life. And that’s very relevant to women, too. Finding you can make it on your own and on your own two feet and you don’t have to accept abuse and neglect and torment. You can live a valid life on your own – and find true love from a good man. All that stuff. It’s beautiful. There’s a beautiful romance in it, there’s some heavy drama in it, and then there’s this crazy broad comedy. For me it was fun because every day I was challenged in a different way.” Kimberly Elise (on Diary of a Mad Black Woman (2005)).

“I don’t ever question myself. I question the industry. Like, ‘Come on, I know that there’s got to be more than this.’ I’m really solid in the decisions that I make. I’ve never regretted any of them, especially when I see the final product. That has always held true for me. I don’t ever get frustrated with myself or start to second guess or say, ‘It’s taking too long. I need to do something.’ I don’t ever feel that way.” Kimberly Elise. 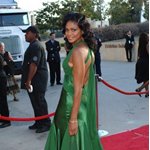 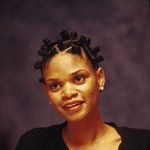 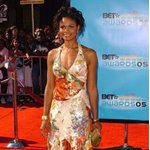 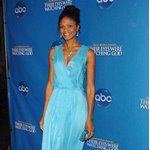 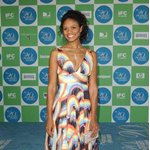 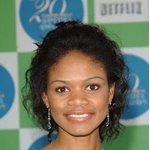 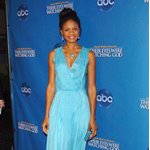 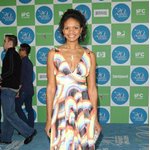