Brook's modeling career began at 16 after winning a beauty competition, her early work was in a range of advertising campaigns, including for the new "Bravissimo" company that specializes in bras and lingerie for full-figured women, and for Foster's beer. Brook is 5 feet, 8 inches (172 cm) tall, and her voluptuous figure caught the eye of the editorial team of the Daily Star who began featuring her as a Page Three girl.
Brook's picture soon began appearing in other lad mags such as FHM (repeatedly landing in its list of the "100 Sexiest Women of the Year") and Loaded. She topped the 'FHM 100 Sexiest Women in the World 2005' list, which was said to have polled 15 million people. In a poll over 5000 women in April 2005 for Grazia magazine she was considered to have the best British female body. She ranked 5th at 'FHM 100 Sexiest Women in the World 2006' list.
Brook has also done a large amount of commercial swimwear, sportswear, and hosiery modeling, and a limited amount of nude & semi-nude modeling. Recent modelling work for Triumph Bras caused quite a stir because of specially commissioned 50-foot high billboards of Brook's bust.In 2005, Brook shot a ten page black and white portfolio with legendary photographer David Bailey. The shoot featured in British design magazine October 2005 issue of Arena magazine.
In 2006, she released successful ranges of swimwear and lingerie at New Look stores nationwide.
In February 2007, it was announced that Kelly Brook had signed a contract, reported to be worth £1m, to be the new face and body of Unilever's Lynx bodyspray, known as Axe in the US and on continental Europe. Kelly has been on billboards, in newspapers and online as part of the advertising campaign.[1]
In December 2007, Brook will launch her own signature fragrance, the bottle shape will replicate her famous curves. 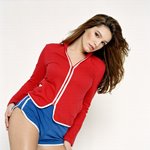 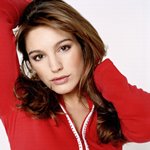 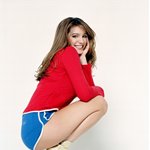 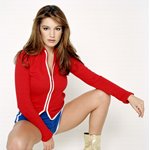 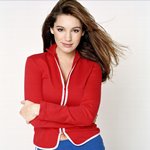 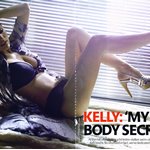 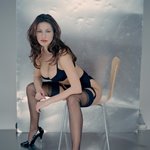 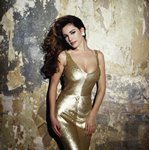 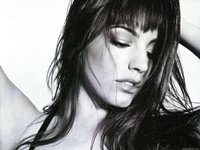 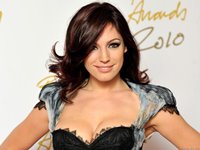 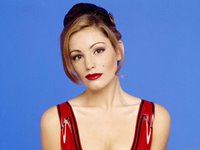 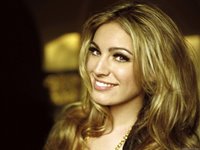 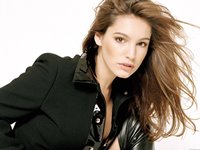 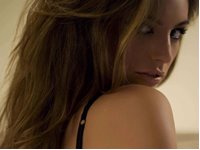 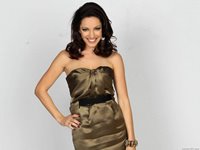 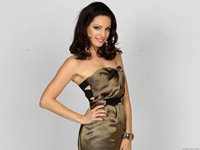