Born in Poole, Dorset, her father is a christian minister. Hill has two siblings, a brother Simon and a sister Naomi. She gained nine O-levels and four A-Levels, and worked on a Kibbutz in Israel for a year before she started presenting.

Hill began her career in media by doing voluntary work with EastWard hospital television, and then went on to present Katy's Capers on BBC Essex, before transferring to the satellite station Nickelodeon. While working as a Personal Assistant to BBC channel controllers she bombarded the editor of Blue Peter with ideas and showreels, which resulted in an audition for her dream job.

As a result of her stint on Blue Peter, she went on to present lots of other shows for the BBC, including Live & Kicking, Top of the Pops, Football Fever (she supports Newcastle United FC), and The Millennium Quiz Show (alongside Michael Parkinson) as well as "Holiday" and "Best Inventions".

Katy has presented the BAFTA awards, as well as winning the prestigious "Best Presenter" category herself.

Hill presented the finals of A Song For Europe, the competition to select the United Kingdom's entry for the annual Eurovision Song Contest. She revealed she had been a keen follower of the contest since seeing the 1984 victory of her all-time favourite entry, "Diggi-Loo, Diggi-Ley" by Sweden's the Herreys.

Hill also presented Deck Dates for UKTV Food - a ground breaking dating and cooking show, which also featured chef, James Martin. The show was innovative and combined dating, cooking and sailing for the first time. She was a star of the Channel 4 reality TV show, The Games, in which she showed her sporting prowess by winning 4 out of the 7 disciplines (hurdling, hammer, gymnastics floor and cycling).

Hill presented the live concert held in Trafalgar Square where the host of the 2012 Olympics was announced, and for which London was a candidate; when London was announced as the victor, she was seen cheering and dancing on the stage, along with Olympian Kelly Holmes. She has also hosted big charity events such as UK Radio Aid for ITV (following the Tsunami) and "Live 8" from London's Hyde Park.

Most recently, Hill has been hosting on GMTV's "LK Today" and "The Olympia Horsetrials" for Brtitish Eurosport. She has also presented the weekend breakfast show on 95.8 Capital FM, and became the first female to host a national radio chart show when she took over on Hit40UK. She now writes a regular column for Cosmopolitan Hair & Beauty magazine. 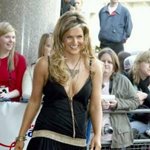 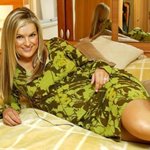 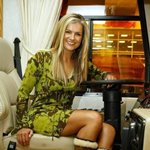 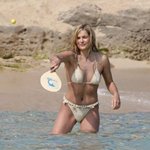 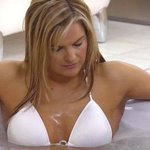 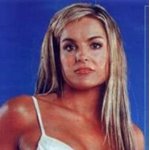 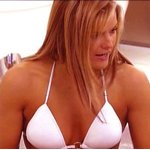 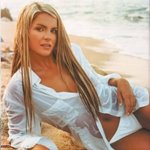