Ms. Kramer has appeared in concert with tap masters Coles, Bufalino, and Cook, as well as Gregory Hines, Savion Glover and many of her contemporaries and was a featured soloist in the 1996 National Tap Extravaganza in New York.

In 1980 she assisted Jane Goldberg in producing "By Word of Foot" at the Village Gate in New York, bringing together many of tap's most celebrated artists, including the late John Bubbles. She has collaborated and performed with musicians Ray Anderson, Rebecca Mauleon, Dave Samuels, Kristen Korb, Michael Spiro, among others.

Prior to evolving into a jazz artist, she performed as a modern dancer with Laura Dean, Kei Takei, Bill T. Jones, Arnie Zane, and Lois Welk and with Ara Fitzgerald, co-directed the company, Fitzgerald, Kramer and Bean. For seven years Ms. Kramer directed her own company, Syncopated, Inc. and has toured internationally, two one-woman shows, "Rhythms of the Heart" and "Tap Roots."

Katherine was the choreographer and movement coach for the film, "The Horse Whisperer," directed by and starring Robert Redford. Her choreography is featured in the music video of the Academy Award nominated song by Allison Moorer, "A Soft Place To Fall."

She holds a Masters Degree in Movement and Dance from Wesleyan University and a BFA in Dance from Marymount Manhattan College. She has taught at universities throughout the country and has been commissioned to create dances for numerous companies and universities, including Montana Transport Co., Decidedly Jazz Danceworks, Stephens College, University of Alaska, Skidmore College, Youth Dance Unlimited, Florida International University, Eastern Kentucky University, and Manhattanville College.

Katherine is currently based in Miami, Florida during the school year and teaches at Florida International University. During the summer she is in Montana. 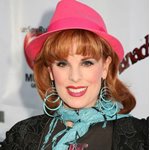