Primarily a stage and TV actress, Kate Burton has managed to forge a career without constant comparisons to her late father, Richard Burton. She is perhaps best known to small screen viewers as Henry Winkler's liberal wife on the ill-fated sitcom "Monty" (Fox, 1994) and, more recently, as a district attorney in a recurring role on the ABC series "The Practice" (1997).

Born in Switzerland but raised in Manhattan after her parents' famous divorce, Burton has retained her British citizenship, yet considers herself an American actress, having spent most of her life in the USA. Intent on a diplomatic career, she majored in history and Russian studies at Brown before succumbing to the family business in her senior year. Burton went on to earn an MFA at the Yale School of Drama and began her stage career in the 1983 Circle-in-the-Square revival of "Present Laughter", directed by George C Scott. Subsequently, she starred in the title role of "Alice in Wonderland" (in which she made her TV debut in the 1983 PBS version). Among her other well-received stage appearances were the musical "Doonesbury", "Wild Honey", opposite Ian McKellen, "Some Americans Abroad" and the 1995 revival of Stephen Sondheim's "Company".

In 1984, Burton co-starred with her father in the CBS miniseries "Ellis Island" and had featured roles in Showtime's "Uncle Tom's Cabin" (1987) and as Eugene O'Neill's wife Agnes in "Journey Into Genius" (PBS, 1988). But it really wasn't until the 1990s that her small screen presence increased. Burton played a nun accused of molesting a teenaged girl in a 1991 episode of NBC's "Law & Order" and made her series debut as the mother who mourned the loss of her social activism in "Home Fires" (NBC, 1992). She won a Daytime Emmy as a mother suffering with breast cancer in "Notes For My Daughter", a 1996 "ABC Afterschool Special".

On the big screen, Burton could first be glimpsed in a small role in "Anne of a Thousand Days" (1969), which co-starred her father. Her adult debut was as a ditsy reporter opposite Kurt Russell in "Big Trouble in Little China" (1986). She was the TV Mom featured in clip sequences in "Life With Mikey" (1993) and had her biggest role to date as the younger wife of a professor in "August" (1996), the directorial debut of Anthony Hopkins which transposed Chekhov's "Uncle Vanya" from Russia to 19th Century Wales. 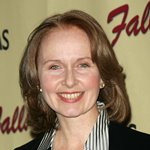 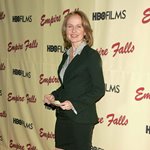