Karen O is the vocalist for New York rock band Yeah Yeah Yeahs. Karen O is best known as the frontwoman for the band Yeah Yeah Yeahs. She has also been noted for her sense of fashion, wearing ostentatious outfits made by her friend, fashion designer Christian Joy. In the early days of the band, she became well known for her outrageous antics during live shows.

Playboy made an offer for her to pose on their cover. Karen O said on the subject, "I was approached but I said no. Who knows though? Maybe I'll do it in the future, but now doesn't seem to be the right time." Since then, however, Karen stated in an interview with Associated Press magazine that she has changed her mind and would never do Playboy because of the audience that Playboy magazine attracts. During a tour for the 2003 Livid Festival in Australia, at a sideshow at The Metro in Sydney, she accidentally danced off the stage and was reluctantly taken to a hospital. A few days later at the Sydney leg of the Livid Festival, she appeared in a wheelchair pushed by Angus Andrew. Karen O won Spin Magazine's Sex Goddess Award in both 2004 and 2005. In 2006, she was named one of rock's hottest women by Blender. In 2007, Karen O placed #3 on Spinner.com's Women Who Rock Right Now. In February 2010, she won a Shockwaves NME Award for the Hottest Woman.

She began working on a small side project called Native Korean Rock and the Fishnets with fellow NYC musicians in 2008. In 2009, she contributed backing vocals, screaming animal sounds and noises to the songs "Gemini Syringes", "I Can Be A Frog", and "Watching the Planets" on The Flaming Lips album Embryonic. In 2011, she contributed vocals on the song "Pinky's Dream" on the David Lynch debut album Crazy Clown Time. In 2012, she collaborated with experimental rock group Swans on the song "Song for a Warrior" on their album The Seer. 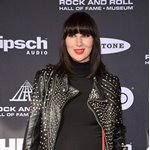 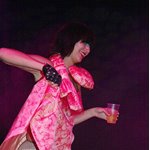 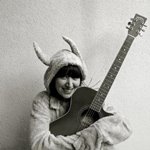 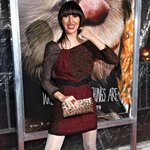 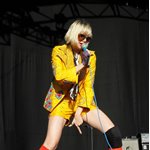 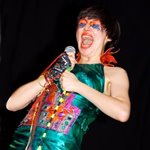 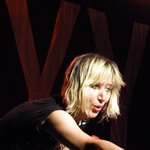 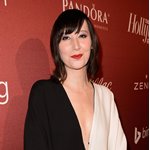