A product of family with bond to theatre, Karen Dotrice was introduced the world of stage early and by the time she was four, she had been ready to perform in her debut play, Bertold Brecht's “The Caucasian Chalk Circle,” for the Royal Shakespeare Company, with which her father also performed. It was while performing in the play that Dotrice was spotted by a scout for Disney, who invited the girl to Burbank, California to meet Walt Disney.

Four years later, Dotrice segued to the big screen when she landed a supporting part in the Disney family/drama “The Three Lives of Thomasina” (1964), adapted from a book by Paul Gallico. Starring Patrick McGoohan and Susan Hampshire, the movie saw Dotrice play a young Scottish girl whose relationship with her father is repaired by the magical reappearance of her cat, a performance that charmed almost everyone. While she was in California, her father stayed in England and Walt Disney personally took care of her family. Soon, she considered Disney as a father figure and called him “Uncle Walt.” She stated, “My dad was in England the whole time I was over here (in the United States) with my mother and sisters. I didn't have my Daddy figure around, so I called Walt, 'Uncle Walt.' He took me and my family under his wing, every weekend, flying us in his plane to Santa Barbara or to his home in Palm Springs.”

Following the auspicious debut, Dotrice was cast in a role that made her well-known, Jane Banks, on the 1964 Disney feature film adaptation of the “Mary Poppins” children book series by P. L. Travers. Jane is the daughter of a workaholic father (played by David Tomlinson) and a suffragette mother (played by Glynis Johns), who along with her brother (played by Matthew Garber), is taken by their nanny to magical adventures designed to teach the kids and their parents about the importance of the family. Starring Julia Andrews in the title role, “Mary Poppins” was a huge critical success, winning five out of thirteen Oscar nominations, and became the studio's biggest commercial hit during the era. Dotrice and Garber earned rave reviews for their natural performances, including from critic Bosley Crowther, who wrote “the kids ... are just as they should be,” and author Brian Sibley that stated “these charming, delightful young people provided a wonderful centre for the film.”

Dotrice rejoined Garber for the third time in 1967's “The Gnome-Mobile,” a Disney adventure based on a book by Upton Sinclair. They portrayed the grandchildren of an affluent timber mogul who falter across a dwarf forest and help keep the gnomes from dying off. Starring Walter Brennan in the dual role of D.J. Mulrooney and Knobby, the film failed to achieve the same success as “Poppins” at the box office, and marked Dotrice's last performance as a child actress.

After “The Gnome-Mobile,” Dotrice returned to England and in 1972 she resumed her career on television, when she took on the role of Desirée Clary in the Thames Television miniseries “Napoleon and Love” (1972), starring Ian Holm and Tim Curry. She followed it up with a recurring part in the well-liked British drama “Upstairs, Downstairs” (1975), playing Lily. In the ten-part miniseries “Dickens of London” (1976), which starred her real life father as Charles Dickens, she was cast in the role of Maria Beadnell. The next year, Dotrice portrayed Princess Ozyliza in the BBC film “The Princess and the Hedgehog” (1977) and appeared with Ann-Margret in “Joseph Andrews” (also 1977), a German telepic adapted from the Henry Fielding novel.

In 1978, Dotrice made an attention-getting comeback on the silver screen when she was cast as Alex Mackenzie in the thriller “The Thirty-Nine Steps,” along side Robert Powell and John Mills. As the British blue-blooded love interest, the actress received kudos and was named Evening News British Film's Most Promising Female Newcomer. The same year, she also starred with Malcolm McDowell and Eileen Atkins in the BBC2 “Play of the Week,” “She Fell Among Thieves.”

Dotrice returned to the United States in 1980, and the following year she picked up the role of Desdemona in the Warner Theatre production of “Othello,” along side Christopher Plummer and James Earl Jones. Her performance, however, received poor response from critics. David Richards of The Washington Post wrote, “Dotrice is not Desdemona. She is a Desdemona doll, reciting her lines in a thin, reedy voice and moving through the tragedy with a rare somnolence.” In 1982, she made a guest appearance in an episode of the U.S adventure/sci-fi series “Voyagers!,” but two years later decided to retire from acting to focus on her motherhood.

After her retirement, Dotrice was nearly away from public eye. She supplied spoken-word adaptations of Disney's “The Little Mermaid,” “Beauty and the Beast” and “Pocahontas.” In 2001, she provided her vocal to sing-along release of “Mary Poppins” and was interviewed for the ABC documentary special, “Walt: The Man Behind the Myth,” which debuted on September 16, 2001. Three years later, she was put back on the limelight when she was chosen a Disney Legend at a ceremony in Burbank. That same year Dotrice also found herself being interviewed and providing audio commentary for the 40th “Anniversary Edition Mary Poppins” DVD release. In 2005, she could be seen acting in an episode of the U.S adventure series “Young Blades,” having an uncredited part as The Teacher. 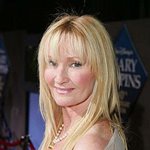