Karen was born in Sept-Iles, Quebec, Canada July 22nd, 1976. Having a father in the army, she was forced to move around Canada as well as Germany and Virginia. Ultimately she ended up residing in Montreal at the age of twelve where she was raised by her mother. Throughout high school Karen took drama classes and performed in many stage productions. Even at a very young age Karen dreamed of becoming an actress, though she'd never admit it to her friends. At age fourteen she began work at a local McDonalds which is where her story begins.

A few years at McDonalds under her belt, she was approached by a hairdresser who asked if she'd like to model at a convention. After a bit of that and some fashion shows she was confronted by a young woman named Sandy. Sandy was doing an internship at a modeling agency and noticed Karen at work. She hooked up with Sandy and began her modeling career. When she was approached by a bigger modeling agency called Montage Models, she said goodbye to Sandy and began modeling with Montage. Still keeping in touch with Sandy, Karen learned that she had opened up her own modeling and talent agency called MCM Talent. When MCM opened up their own acting division, Karen gave Sandy a call and asked if she would be interested in being her agent for acting. From there it was audition after audition and Karen began working like crazy. Some of her earliest work can be seen in shows such as Big Wolf On Campus, MTV's Undressed, All Souls, and a made for TV movie called Dr. Jekyll and Mr. Hyde. She also starred in Vampire High, a series aired in the UK and Canada, where she played a royal blooded vampire named Essie. But soon it was on to bigger and better things.

Karen wasn't always so sure of her aspirations to become an actress. When she graduated high school she did a semester at Concordia University where she studied psychology. When she finally conquered her fear of failing as an actress, she put herself out there and went for it. As far as anyone can tell, it was a very smart move. She recently starred in Adventure Inc. as Mackenzie Previn and even appeared in Stuff Magazine. Right after that she landed a spot in the cast of Mutant X. A well-known action series where she played Lexa Pierce, a covert operative involved with the CIA and GSA. Lexa, like the other members of Mutant X, was unwillingly subjected to genetic tampering which allowed her to manipulate light in mysterious ways.

Karen has also proved herself worthy on the big screen. She's appeared in movies such as the fast-paced action thriller Steal as Alex, one of four young bank robbers. She's also starred in Summer as Stephanie LeDuc, a comedic young girl just graduated from University trying to enjoy one last summer of adolescence. Her most recent movie role was starring alongside Dean Cain and Denise Richards as Darla, a psychotic bride in a Lifetime movie called I Do But I Don't.

Karen is currently working on her new series called Young Blades airing on PAX network in the U.S. and City TV in Canada. The show is set in 17th century France when King Louis XIV has not yet taken the crown. Our main focus is the three young men in training to become the next generation of Musketeers. Karen plays a young woman named Jacqueline Roget whose brother was arrested and father was killed by Cardinal Mazarin's men. When Jacqueline attempts to rescue her brother, she disguises herself as a man, Jacques, in order to join the Musketeers.

A beautiful, humble woman who has earned the respect of fans in many different countries, Karen has conquered the world of modeling and broken into the world of acting. Yet she still remains the same girl she was while playing with her barbies and working at McDonalds. Trying to save the world one problem at a time, Karen has used her status to make people more aware of the true tragedies that are out there. One of Karen's passions is the rights of women and children in third world countries. She supports many wonderful charities, one of which is World Vision where she sponsors two young girls in Asia. 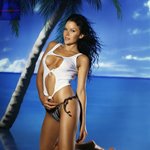 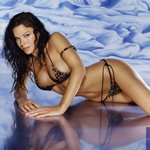 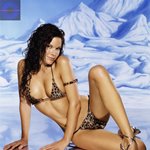 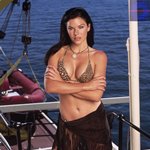 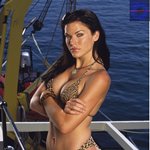 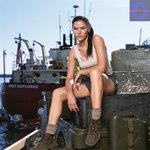 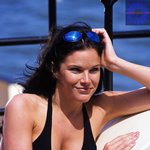 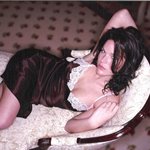