Kanako Enomoto finally came clear with one of the worst-kept secrets in Japan's celebrity world last week, but then dropped a few bombshells to top it off, according to some of this week's women's weeklies.

Enomoto's relationship with Kazuhiro Sasaki, Yokohama BayStars' injured star reliever and a one-time Seattle Mariner, had long been on people's lips and the pair had actually been shacked up for months even as the "Daimajin" bullpen ace was going through a divorce.

What wasn't known until 24-year-old Enomoto and her beau 13 years senior greeted the media was that they had already married and the child they had been expecting had been born weeks before, almost two months earlier than expected.

"We didn't mean to...we weren't really...we didn't try to hide or anything like that," Shukan Josei (6/14) quotes Sasaki as finally explaining to reporters about why it took so long to come clean about his relationship with Enomoto. "I've had an operation and, um, the kid was born two months early and we don't know when he'll be discharged. Um. It'll probably be when he's a bit safer."

Enomoto and Sasaki's son was originally due at the end of June. However, Seiro, as the boy has been named, was born by caesarian section on April 29. He weighed just 1 kilogram at birth and has been in an incubator since coming into the world.

Sasaki admitted that he had only married Enomoto after their child was born, saying that his first propriety had to be baseball, even though he realized he needed to make sure he did the right thing by former singer Enomoto.

"When Sasaki's divorce came through in March, he told Enomoto they had better think about formalizing their relationship, but he didn't do a single thing about it. Reporters were saying that he'd try and keep putting off the marriage for as long as he could, but once the child was born, he realized he had no other option but to tie the knot," a sports reporter close to the former Major League star tells Shukan Josei.

Enomoto, meanwhile, has put aside the bad girl image her relationship with Sasaki left her lumped with, and is proving herself to be the ideal housewife living with Sasaki and his two children from the earlier marriage.

"She's a hell of a lot better cook than she looks and gets on well with the kids," another sports newspaper reporter tells Shukan Josei. "She's just like any other average housewife."

Josei Jishin (6/14), meanwhile, reports that Enomoto has been seen putting out the garbage in front of Sasaki's home as early as 6 a.m. and includes a photo of the former starlet carrying two huge bags of trash to back up its story.

Despite worries over her son, new mother Enomoto seems to be happy, especially when dealing with her two stepchildren.

"They like me. They treat me like I'm their big sister," Josei Seven quotes Enomoto as saying. "They call me Kanako-chan or Kana-chan."

But a professional baseball insider warns that Enomoto will not be able to drop her guard.

"She's got enough troubles with the child she gave birth to herself, but now she's got another two kids much closer to her own age that she's got to look after as well. I'm sure she's finding things tougher than she had imagined them to be," the insider tells Josei Seven. "She's gonna hit a few more walls from now on, too, while the kids are growing up." 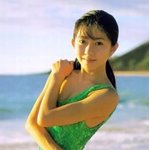 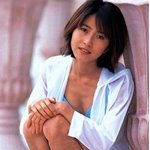 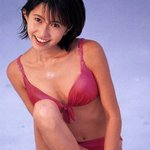 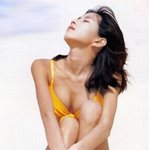 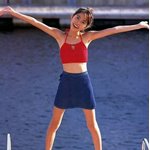 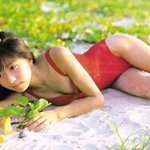 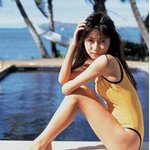 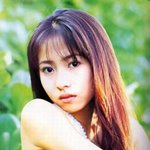