Born in Johannesburg, South Africa in 1976, Waddell is the second of three children. Her South African mother and Scottish father moved the family to London when she was eleven. She is the only member of her family interested in acting and she says this has had its advantages. "My brother and sister are interested in completely different things than me. My parents know very little about this kind of life, but with each job I do, they understand more. They just want me to be happy, so in many ways I make my own choices. I know if I need them, they'll always be there."

"I've never been to drama school although I've always wished I could be an actress. One reason why I desperately wanted to go to Cambridge was its great dramatic tradition. A long list of amazing actors and comics have come from there. I wasn't wanting to be the next Emma Thompson, but if there were hundreds of plays each term, I was sure I'd be able to play a spear carrier."

Waddell's own career hasn't exactly been continuous, since she has had to learn how to juggle acting and academe. At the end of her first year at Cambridge, she traveled to the Edinburgh Festival in a production of Jean Anouilh's "The Lark," the venture that, in turn, landed her an agent.

Her first professional acting job was a small role in the film Anna Karenina, starring Sophie Marceau. That was followed by her critically acclaimed performance opposite Ralph Fiennes and Bill Paterson in the London production of Ivanov. Next, she played Laura Glyde in a television adaptation of Wilkie Collins' The Woman in White, starring Tara Fitzgerald, and recently she appeared with Brooke Shields and Parker Posey in the Sundance Film Festival hit, The Misadventures of Margaret.

The joint demands of "Ivanov" and "Tess" -- as well as a further TV venture, "The Woman in White," meant taking more than a year off from Cambridge, where she finally graduated in August with a degree in sociology and politics.

Waddell next turns to another literary heroine -- Estella in a new version of Charles Dickens' "Great Expectations" for the British Broadcasting Corp.

"Me and the 19th-century novel!" she said with a laugh, aware that she is receiving a crash course in the genre that is unavailable to most people. But after "Great Expectations," she yearns to do something contemporary and new.

"That's the end, no more after that," she said of her unplanned literary trawl. "It doesn't get any better than Estella." 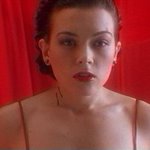 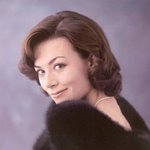 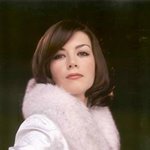 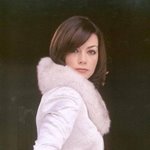 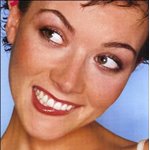