Mom Kathy is a former TV journalist and anchor at CNN and is now a freelance broadcast journalist and Realtor in Doylestown. Then president of the United States, Jimmy Carter, called in - from Airforce One--his best wishes to Kathy Guarini, whom he knew from her CNN association, upon hearing the news of Justin's birth. (Justin's godparents are Prince Faisal and his former wife, Princess Azia of Saudi Arabia.)

Raised in central Bucks County, Pennsylvania, by mom Kathy Pepino Guarini and step dad Jerry Guarini, Justin was born in Columbus, Georgia, where his mom was an anchor for the local 'Action 9 News' on WTVM. Kathy also anchored news programs in Philadelphia and Atlanta (CNN), where she met Justin's father, Eldrin Bell, who rose through the ranks of the Atlanta police department to become its commissioner.

Justin was accepted into the Atlanta Boys Choir at four years old. The Choir generally does not accept children under six years of age.

With a mother in the television industry, and a father always in the public spotlight, Justin's drive to entertain came naturally. His sister says that he imitated Michael Jackson's style and was known to 'moonwalk' around the house. His first concert was The Jacksons' "Victory Tour." Justin met his idol, Stevie Wonder, at Quincy Jones' birthday party held at Spago restaurant in LA on March 15, 2003.

Justin has a large family-- he has nineteen brothers and sisters! It was reported in the Atlanta Journal Constitution that Eldrin has 13 children - eight of whom are adopted. Jerry reportedly has eight children, including Justin.

At Lenape Middle School, Justin impressed Bucks County Music Festival director Donald Dumpson - a professor at Westminster Choir College and composer who has worked with notables like Patti LaBelle and Boyz II Men - so thoroughly that he canceled the rest of the auditions. Justin's solo at the festival, "Sometimes I Feel Like a Motherless Child," won him a standing ovation.

Justin attended University of the Arts, Philadelphia, and School for Film & Television, New York City (1999-2000). One of his classmates was Scott Holroyd, formerly Paul Ryan on "As the World Turns." A high school acquaintance was pop singer Pink.

In 1996, Justin helped to form an a Capella group with school friends. "The Midnight Voices" was founded "to serenade their 'female friends' the night before high school graduation," but the group went on to burn a CD and take second at the 2000 Harmony Sweepstakes A Cappella Festival Mid-Atlantic Regional. The Midnight Voices CD can be purchased. Profits are donated to a music scholarship fund at Central Bucks East High School.

Justin directed amateur theater groups, including the Riverside Haunted Woods (where he first began growing the famous curls) pre-AI days and had the lead role in many musicals during high school and college (Pirates of Penzance, Phantom of the Opera, Edwin Drood, etc.). Immediately prior to American Idol, Justin was offered a seat in the prestigious master class program in "The Lion King" on Broadway; he auditioned for American Idol instead and couldn't take the offer from Lion King when he became an AI finalist. Justin was nationally voted runner-up on the debut season (2002) of "American Idol - The Search for a Superstar", in which there had been over 10,000 to audition. Post AI, he was given a standing offer to play the Emcee in "Cabaret" on Broadway (instead, he was required by management to do CD/movie promotion).

Justin has since appeared and/or performed on numerous TV programs and other live venues and events and has had extensive media coverage on entertainment news programs, news segments, and in magazine and newspaper articles.

Justin has completed a jazz album, Stranger Things Have Happened, which he produced, along with Greg Gordon Smith. 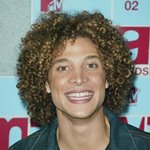 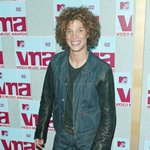 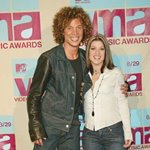 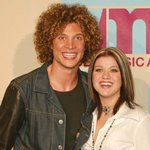 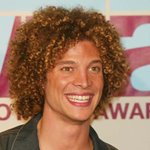