Starting studying music at the age of eight, Tijuana-raised Julieta Venegas got her musical career start by joining Chantaje, a local group that later evolved into the ska-punk firestarters Tijuana No!. A key figure in the city's burgeoning underground rock scene, she made a name for herself as the co-writer of the song “Pobre de Ti,” which went on to become the band's signature anthem. Despite the success, she soon grew bored with the predictability of the sound and decided to leave the group. Afterwards, she made her way to the world's biggest city, Mexico City, to further pursue her career.

Venegas wrote music for theater productions in Mexico City, and joined the group Lula as an accordion player before rising to fame with La Milagrosa, a trio with heavy hitters Jorge Fratta and Rafa Gonzlez. Considering her significant contribution in the trio, the group was then renamed Julieta Venegas. During that period, she met soon-to-be megagroup Cafe Tacuba, which thrust her into her own stardom, which did not come easily.

In music industry since 1992, Venegas was introduced into mainstream pop in 1996 when she landed a contract with BMG Ariola and flew to Los Angeles to record her first solo album. The resultant, “Aquí,” was released on March 24, 1998, which reached No. 16 at Mexico and went gold. The album had hits with the songs “De Mis Pasos” and “Cómo Sé” and earned a Nuestro Rock in 1997 for Best New Album of the year. Also in 1997, Venegas, who sang and played the accordion and piano on the album, received notice from MTV when “Cómo Sé” video won a Best Female Performance MTV Video Music Award, and gained further popularity through concerts across Mexico with a few stops in the U.S. Subsequently, she became an in-demand-musician, and thanks to her unique style, she was flooded with offers to contribute to other musicians' records. Even film directors asked her to compose their soundtracks, the most notably being Alejandro González Iñárritu's “Amores Perros” (2000).

On August 21, 2000, Venegas launched the highly anticipated sophomore effort “Bueninvento,” which like its predecessor also was produced by Latin music's most sought after and most venerable producer Gustavo Santaolalla and saw her collaborate with even more dazzling stars such as Tom Waits' guitarist Joe Gore, REM drummer Lenny Waronker and Los Lobos sax man Steve Berlin. Noted for its carefully-studied melodies, unembarrassed emotion, and play-it-again addictiveness, “Bueninvento” peaked at No. 7 in Mexico and was nominated for two Latin Grammy in the categories of Best Rock Album and Best Rock Song for the song “Hoy No Quiero.” Meanwhile, her participation in the year's hugely momentous tribute album to Los Tigres del Norte strengthened her position in Latin pop rock, and she spent the next three years touring and collaborating all over the Spanish-speaking world.

A critics' favorite in the U.S and Latin America, Venegas, however, did not emerge as a public darling as well until the release of her third album “Sí” on November 13, 2003. “Sí” is an album of melodic, accordion-driven alterna-pop that was certified triple platinum in Mexico and went gold in America and Chile, thanks to such No.1 hits as “Andar Conmigo” (2003), “Lento” and “Algo Está Cambiando” (both 2004). For her bravura efforts, Venegas picked up a Latin Grammy for Best Rock Solo Vocal Album and three MTV Video Music (Latin America) for Best Solo Artist, Artist of the Year and Best Mexican Artist. Additionally, she was nominated for a Grammy in 2005 for Best Latin Rock Album/Alternative Album. She stated, “With 'Si,' I really started a different path and I really feel like exploring more of it, happiness. Como se dice? Plenitud! Musically I am discovering so many rhythms, that the possibilities are endless. I can’t wait to start it and see what happens.”

Venegas' latest album, “Limón y Sal,” hit the music scenes on May 30, 2006. Comprising of songs like “Me Voy” (2006, #1 in Mexico and Spain), “Limón y Sal” (2006, # 2 in Mexico and Columbia) and “Eres Para Mí” (2007, # 1 in Mexico and Columbia and # 2 in the US Latin), featuring Anita Tijoux, the album took home a Grammy in 2007 for Best Latin Pop Album and a Latin Grammy for Best Alternative Music Album. It also brought Venegas a 2006 MTV Video Music (Latin America) for Best Solo Artist and a 2007 MTV Video Music (Latin America) for Best Pop Artist. Commercially, “Limón y Sal” has gone platinum in such countries as Mexico, Spain and Argentina and gold in America, Colombia, Chile and Centroamerica. It has been sold more than 800,000 copies worldwide. 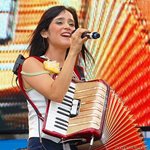 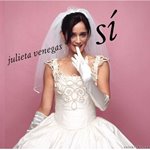 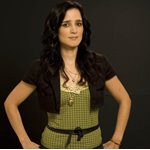 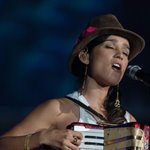 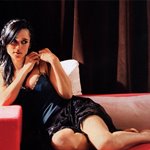 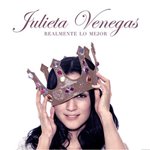