Stegner, the daughter of the Central European sales manager for a large American company and an accountant, was raised in an animal-loving household with many dogs alongside her older sister, who currently works in film production. For seven years she was a child model, appearing in commercials and children's catalogs, and for nine years was trained in dance.

In high school she discovered a passion for playing basketball, and eventually she joined a club team in Munich. Being 180 cm tall, she was naturally fit for the sport; her classmates even called her "Bean Bar" because of her towering height.

Shortly before her 15th birthday, while celebrating Oktoberfest in her hometown, she was discovered by a talent scout who recognized her potential as a model. Tilla Lindig a Munich and London based couture label first booked her. Although planning to study accounting when she left high school, Stegner moved to Paris to pursue modeling afterwards instead.

There, she made her first major cover appearance, for ELLE magazine. She was eventually signed by Supreme Management and, within four months, was opening the 2002 Yves Saint Laurent show. In 2003, she did Strenesse and Sportmax campaigns, among others.

By the summer 2004, she had done advertisement work for Celine, Yves Saint Laurent, Dolce & Gabbana, Ralph Lauren, and Dior. She also has been the Hugo Boss house model for several seasons. Stegner has continued to build an impressive resume and remains in high demand, appearing in a 2005 campaign for French fashion house Chloé and shows such as Anna Sui, Lanvin, and Valentino. She also appeared in the 2005 and 2006 Victoria's Secret Fashion Shows. 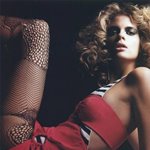 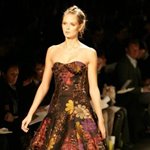 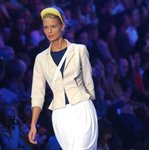 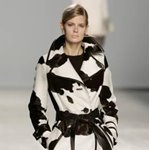 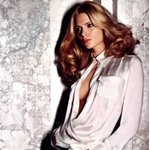 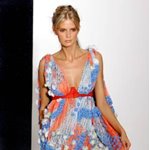 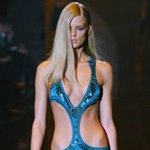