Judith Godreche was a model in a commercial for a Japanese chocolate maker and in a teen magazine before making her film debut at age 13 in the French drama “L'été prochain/Next Summer” (1985), which saw her as the daughter of Claudia Cardinale. Her first major part arrived three years later when director Benoît Jacquot cast her in the role of Catherine in “Les Mendiants/The Beggars” (1988), starring Dominique Sanda. The following year, she left her home to live with the director and further chase her career.

Subsequently, Godreche could be seen making three films in a single year in 1989. She first played Florence, the young incarnation of Stéphane Audran, on the independent film “Sons” and then starred as Laurence in the based-on-novel “Un été d'orages.” However, it was her turn as the eponymous 15-year-old in her third film, “La fille de Quinze Ans/The 15 Year Old Girl,” directed by Jacques Doillon, that propelled Godreche to prominence. The attention she got from the movie led to the decision of pursuing a full-time career.

1990 saw Godreche reunite with Benoît Jacquot for the drama/romance “La Desenchantee/The Disenchanted,” which she also co-rote the screenplay with Jacquot. As a seventeen-year-old girl involved with her mother's lover, her performance was critically applauded and she was nominated for a 1991 César in the category of Most Promising Actress. She continued with a leading role as a drug addict with an obsession of a career in TV on Olivier Assayas' “Paris s'éveille” (1991), opposite Jean-Pierre Léaud, and a supporting part in “Ferdydurke/30 Door Key” (also 1991). Godreche and Jacquot once again worked together, but this time for the television film “Emma Zunz” (1992), starring Godreche in the title role.

Godreche returned to the big screen in the next year to support Philippe Noiret, Richard Bohringer and Thierry Lhermitte in 1993's “Tango.” She then costarred as the calculating half-sister in “Une nouvelle vie/A New Life,” again directed and written by Olivier Assayas, and received acclaimed for her turn as a baffled and neurotic twentysomething in Sophie Fillières' “Grande Petite” (1994). Also in 1994, the multi-talented artist published her first novel called “Point de côté/titch on the Side,” which was released by Broché Publishers to rave reviews.

Following roles in “Aube à l'envers, L'” (1995), “Pour une vie ou deux” (1995, TV) and “Beaumarchais the Scoundrel” (1996), Godreche enjoyed international success with her outstanding performance as Mathilde de Bellegarde, the disobedient daughter of an 18th-century doctor (portrayed by Jean Rochefort), in “Ridicule”(1996), an excellent period film directed by Patrice Leconte. The film was nominated for an Academy Award in 1997 for Best Foreign Language Film and introduced the actress to American audience. After the worldwide breakthrough, Godreche revisited the stage in the Paris production of Edward Albee's award-winning “Three Tall Women” (1996) and earned further introduction to an English-speaking audience with her ample role as Leonardo Di Caprio's insecure girlfriend in the remake “The Man in the Iron Mask” (1998). She returned to French cinema later that same year in the aptly-titled screwball comedy “Bimboland,” portraying a scientist who attracts the interest of Gérard Depardieu, and closed the decade with a costarring role opposite Stephen Dorff and Lauren Holly in the romance film “Entropy,” which screened at the Los Angeles Independent Film Festival in April 1999.

Godreche found herself in support of Michael Keaton and Michael Caine in the John Mackenzie-directed “Quicksand” (2001) and appeared with Rupert Everett in the comedy/drama “South Kensington” (2001) before receiving praise for portraying Anne-Sophie in the surprise European hit “L'Auberge espagnole” (2002). The role brought her a 2003 César nomination for Best Supporting Actress. Still in 2002, she headlined the drama film “Speak to Me of Love,” the directorial debut of French actress Sophie Marceau. Godreche won her third César in 2004 for her scene-stealing role in the 2003 comedy “France Boutique,” as Estelle.

Godreche starred as Élise Véronne in the comedy “Tu vas rire, mais je te quitte” (2005), teamed up with Mathilde Seigner and Anne Parillaud for “Tout pour plaire/Thirty-Five Something” (2005), played Maman in “Papa” (2005), directed and written by lover Maurice Barthélem, and re-teamed with Barthélem to appear in front-of-the camera in the 13-minute short “Zézette au Caniwash” (also 2005). After the busy year, she took a brief hiatus and did not resurface until 2007's “J'veux pas que tu t'en ailles/ Please Don't Go.”

The 35-year-old performer is schedule to return to American cinema in 2009 with the installment “Pink Panther 2,” helmed by Harald Zwart. 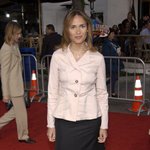 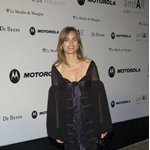 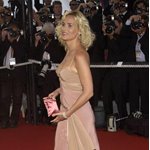 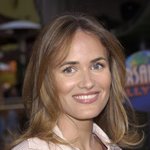 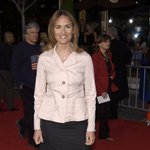 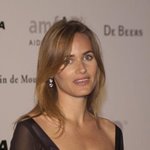 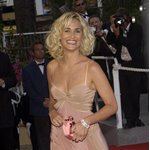