Journey is an American rock band formed in San Francisco, California in 1973. The band has gone through several phases since its inception by former members of Santana. The band's greatest commercial success came in the late 1970s through the early 1980s with a series of power ballads and songs such as "Don't Stop Believing", "Any Way You Want It", "Faithfully", "Open Arms", "Send Her My Love" "Separate Ways", "Wheel in the Sky", "Who's Crying Now", "Stone In Love", "Lights", "After All These Years", and "When You Love a Woman ." Throughout Journey's three decades of existence they have scored two gold, three platinum, and eight multiplatinum albums, including seven straight multiplatinum albums from 1978-1987. They have had 18 top 40 singles, six of which have reached the top ten on Billboard Hot 100 chart, and their signature song "Don't Stop Believing" is the top selling catalog track in iTunes history, reaching the 2 million mark.

According to the Recording Industry Association of America they have sold 47 million albums in the United States alone, making them the 28th best selling band. Their worldwide sales are nearly 80 million albums. In a 2005 poll by USA Today, Journey was voted the 5th best American rock band in history. 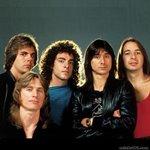 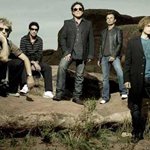 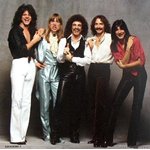