Josh Brolin, who once inspired to be a chef, began acting while in high school. He later decided to follow in the footsteps of his actor dad, James Brolin, and pursued acting professionally. He moved to Los Angeles to live with his father and attended acting classes. Brolin kicked off his movie career at age 17 when he landed the role of big brother Brand on Richard Donner's “Goonies” (1985), scripted by Chris Columbus from a story by Steven Spielberg. He continued to star as a skate-boarding hood in David Winters' “Thrashin” (1986), but did not resurface on the wide screen until 1994's “The Road Killer,” starring Christopher Lambert.

In the meantime, Brolin kept busy on television. Making his first TV appearance in an episode of “Highway to Heaven” in 1986, the dark-haired performer moved on to a regular gig the following year with a starring role in the NBC detective series “Private Eye.” The series, however, was canceled after 12 episodes. He made his TV-movie debut in CBS' “Prison for Children,” that same year and in 1989, he teamed up with his father for the TNT sport-themed “Finish Line.”

It was also in 1989 that the career of Brolin Jr. gain momentum when he was hired to star as young Wild Bill Hickock on the ABC Western series “The Young Riders,” opposite Stephen Baldwin, Ty Miller, Yvonne Suhor, Anthony Zerbe and Gregg Rainwater. He stayed with the show until it came to an end in 1992. During his break from the series, in 1990 Brolin teamed up with Anthony Zerbe to set up the Reflections Festival at the GeVa Theatre in Rochester, New York, and worked there for five years performing in and directing stage productions. He said, “If I'm any kind of actor now it's because of Rochester.”

Brolin returned to series TV after “The Young Riders” with the brief-term primetime soap opera “Winnetka Road” in 1994 where he was cast as a cop romancing two women. After “The Road Killers” (1994), he costarred as a bisexual federal agent named Tony Kent in the David O. Russell-directed “Flirting With Disaster” (1996) and supported Christian Slater and Mary Stuart Masterson in the romance “Bed of Roses” (also 1996). His next major feature was “Mimic” (1997), an acclaimed horror movie helmed by Guillermo del Toro and starring Mira Sorvino. He next acted alongside his father in the direct-to-video political thriller “My Brother's War” (1998), which marked his father's feature directing debut, and reunited with Patricia Arquette, his costar in “Flirting with Disaster,” that same year for the thriller “Night Watch.” Brolin made three films in 1999. He portrayed Claire Danes' former boyfriend in the box-office flop “The Mod Squad,” but fared better in “Best Laid Plans.” He also appeared with Gary Sinise, Joan Allen, Jeff Daniels and David Schwimmer in a drama by James D. Stern called “All the Rage.”

Entering the new millennium, Brolin made a brief return to television as Hal Carter in “Picnic” (2000), a CBS adaptation of William Inge's Pulitzer Prize-winning play of the same name, before scoring a major part as Matthew Kensington, an unfavorable scientist rival to Kevin Bacon's Sebastian Caine, on the blockbuster hit “The Hollow Man” (2000). Directed by Paul Verhoeven, the sci-fi thriller is considered Brolin's biggest box office success to date. For his performance, Brolin was handed a Blockbuster Entertainment nomination for Favorite Supporting Actor in Science Fiction. Still in 2000, Brolin appeared with then-girlfriend Minnie Driver and James Spader in the thriller “Slow Burn” and made his Broadway debut in the revival of Sam Shepard's “True West,” in which he alternated leading roles of the antagonistic brothers Lee and Austin, with co-star Elias Koteas.

2003 saw Brolin return to regular series work with “Mister Sterling” (NBC), a short-lived, one-hour drama about the son of a famed ex-Governor of California. The show gained moderate success with the critics, but was axed after nine episodes due to low ratings. After starring in the show, Brolin attracted attention for his portrayal of the legendary mountain man Jedediah Smith in the critically praised six-part miniseries “Into the West” (TNT, 2005), produced by Steven Spielberg. 2005 also found Brolin with a bit part in Woody Allen's “Melinda and Melinda” and supporting Paul Walker and Jessica Alba in the action/adventure “Into the Blue.” He then revisiting the independent film circuit with roles in “Milwaukee, Wisconsin” (2005, premiered at the Cannes Film Festival in May 2003), opposite Troy Garity and Randy Quaid, and Victor Nunez's “Coastlines” (2006, debuted at the Sundance Film Festival in January 2002). He also portrayed the pimp of a harassed young bride (played by Brittany Murphy) in “The Dead Girl” (2006).

In 2007, Brolin starred as the psychotic husband of Marley Shelton in the “Planet Terror” segment of “Grindhouse” (2007), a collection of two 90-minute horror flicks from Robert Rodriguez and Quentin Tarantino. He joined Tommy Lee Jones and Javier Bardem for the Coen brothers' “No Country for Old Men,” shown at the Cannes Film Festival on May 19, 2007, and played Chief Buchwald in Paul Haggis' drama “In the Valley of Elah” (2007). His newly-released film, “American Gangster,” directed by Ridley Scott and in which he played a bad cop named Trupo, is a major box office hit. Among his costars in the crime/thriller are Denzel Washington, Russell Crowe and Chiwetel Ejiofor. 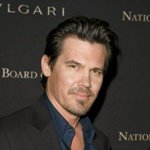 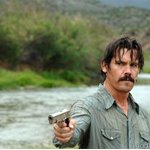 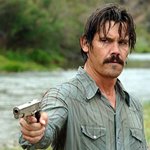 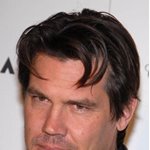 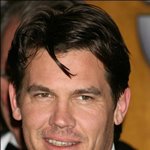 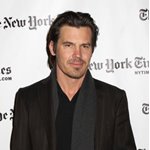 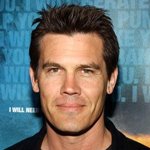